Greyhounds are My Life

Greyhounds are My Life profiles some of the 17,000 people involved in greyhound racing across Victoria. They come from all walks of life, but are united by their common love of greyhounds and by how they put the welfare of the dogs and the integrity of the sport first and foremost.

Profiles are being released before each Club’s annual Cup.

If you like Greyhounds are My Life and you’ve got any comments, suggestions or good stories about your own involvement in the sport, please let us know at ourcommunity@grv.org.au 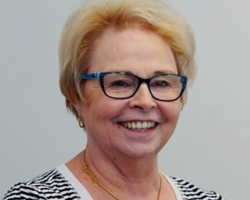 Marg discovered greyhound racing in her twenties when she was given a young greyhound to train. Not long after, she started working as general manager at the Traralgon and then Geelong Greyhound Racing Clubs before moving to the Melbourne Greyhound Racing Association (MGRA), first as racing manager and then as general manager at Olympic Park. Marg oversaw MGRA’s move to its new purpose-built venue in Broadmeadows, ‘The Meadows’ which is now one of the world’s leading greyhound racing clubs, home to many major race meetings including the Australian Cup and the Sky Racing Topgun. Marg was inducted into GRV’s Hall of Fame in 2016. 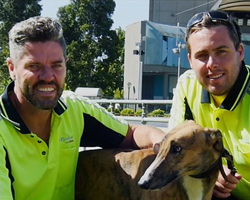 Both Cory and Chris grew up in families that raced greyhounds and helped train and care for their parents’ dogs from an early age. Cory joined the Meadows in 1998 as it was being built, helped lay its track and has been looking after it ever since. Chris was working at Bendigo Greyhound Racing Club when Cory recruited him to come at work at the Meadows. Today, they lead a team that keeps the venue’s racing infrastructure in peak condition while ensuring the club’s outdoor facilities are at their best for the many big events that Meadows hosts, especially the Australian Cup.

Home of the Melbourne Greyhound Racing Association (MGRA), The Meadows is one of Australia’s largest and most well-appointed greyhound racing venues. It hosts over a hundred racing meets annually including the Australian Cup, Sky Racing Topgun, Hume Cup and Great Chase Grand Final.

The Meadows also offers facilities for fundraisers and charity days, hosts events such as the TAB Great Chase Grand Final and supports local community and sporting groups through its Community Grants Fund.

Check out our other Greyhounds are My Life videos at
www.GRV.org.au/GAML