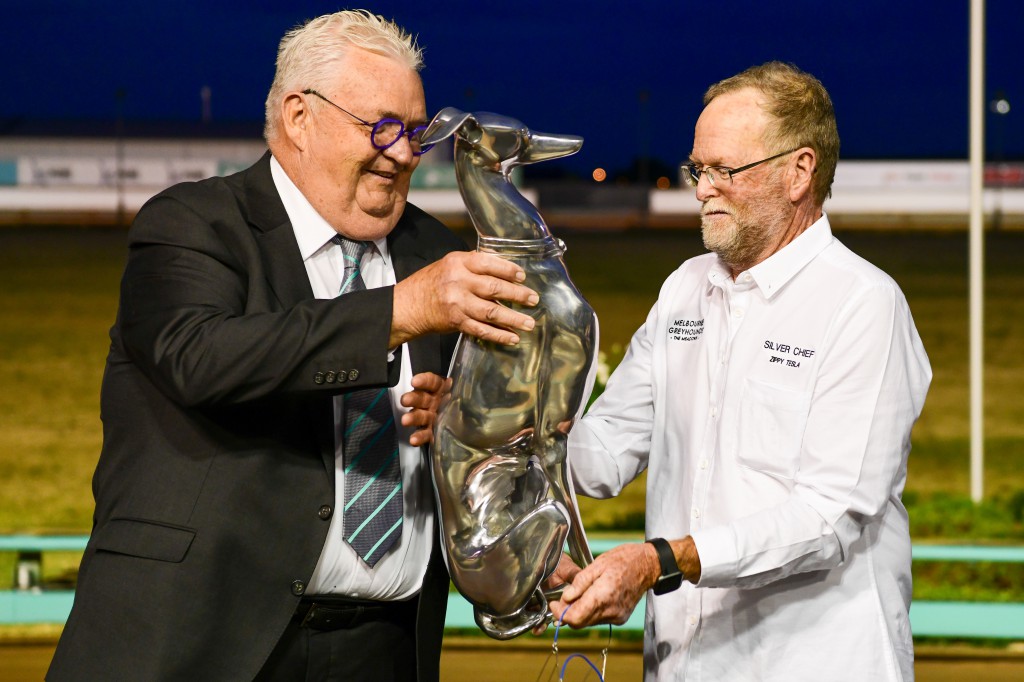 
At the Melbourne Greyhound Racing Association AGM on Monday night, recently retired and long serving Board member Rex Griffin was recognised for his outstanding service to the Club, receiving life membership of the MGRA.

A former Mayor of the City of Whittlesea, Rex joined the MGRA Board in 2005, with a strong focus on engagement within the local Hume City Council and the many community-based organisations in the area.

Known for his big personality and his love of the social aspect of the sport, Rex has showed exceptional passion in driving a vibrant oncourse experience for the next generation of greyhound racing fans.

“Rex has been such an important part of the Club over many years and whilst he stepped down from his official Board role in 2022, Rex and his partner Hazel will no doubt remain valuable contributors to the Club” said new MGRA Chair Barb Backhoy.

Life Membership are awarded in recognition of lengthy and or meritorious service to the Melbourne Greyhound Racing Association.