The Group 1 KCR Pet Transport Maturity Classic is the headliner of tonight’s card but there are 11 other races on the card to get you through this Saturday night including the Group 3 Destini Fireball over the 725m and one of the most hotly anticipated Free For All races in recent memory!

Here is just a snippet of what has caught our eye;

Race 4 (7.37pm) – Mixed 4/5 Event – 600m
JARICK BALE (1) is a seriously talented animal and with the retirement of his older brother Christo Bale this week, can he take the next step and become the next dominant middle distance chaser? He will find stiff opposition from MEPUNGA WARRIOR (6) who is armed with a monster finish, and arguably the most intriguing runner of the race, DO IT (8) who steps up to the ’600′ for the first time – can he cross from the ‘pink’ though?

Race 6 (8.19pm) – GROUP 3 DESTINI FIREBALL – 725m
While hot series favourite, Zipping Rambo may not have made the final, plenty of talented stayers will face the starter in this very exciting event over the longest journey we have at The Meadows:
(1) HANK THE HUSTLER has won 4 from 5 from box 1.
(2) I’M EASY BOYS won his heat from the same box he exits from tonight.
(3) MY FATHER’S SON also raced in last year’s Fireball final
(4) STAR BLAZER holds the fastest PB of the field (42.77).
(5) WHATEVER I SAY was the fastest heat winner.
(6) ZIPPING TICKET is one of only two females in the field
(7) FIVE STAR is the most inexperienced runner in the race but did win the G3 speedstar recently
(8) SO PREDICTABLE is tied with Box 7 as the youngest runner in the field (06/03/2019 whelping)

Race 7 (8.38pm) – Have you ever seen a stronger FFA?
Despite the scratching of recent G1 Brisbane Cup winner, Equalizer, this field is nothing short of extraordinary and leaves us with so many questions!
-Can ASTON RUPEE (3) run up to his incredible PB of 29.47?
-Will KOBLENZ (5) break 5 seconds to the first peg again?
-Can SHIMA SHINE (8) improve his already mind boggling record from Box 8 – 12: 9-0-1?
-Can the ultra consistent JEPARA (6) match it with the big boys in this hot FFA?
-Will one of the outsiders (GYPSY BUN (1), MALAYAH BALE (4) & GOT THE TORQUE (7)) run out of their skin and cause an upset?

This time honoured race has been worth $100,000 to the winner since 2012 when Barcia Bale saluted!

Fernando Bale, the 2015 winner, is the race record holder with his 29.50 run and will be represented by 3 of his progeny, HILL TOP JACK, FERNANDO MICK & MR. FIX IT in this year’s edition.

BOX 4: FERNANDO MICK
(Fernando Bale x Noaki Moth)
Trainer: David Geall
Record: 31: 9-9-5
Prizemoney: $49,135
Comments: If Fernando Mick can win he will help his sire, Fernando Bale, overtake the great Temlee (tied at 2 wins) as the winningest sire in the history of the #MaturityClassic.

Comments: The least experienced race dog in the 2021 #MaturityClassic will look to give ‘backyard trainer’ Paul Galea his first Group 1 win as a trainer!

Unfortunately we are unable to have patrons on track due to current COVID-19 government restrictions but you can catch all the action on Sky Racing with Jason Adams & Marc Ohlmus and be sure to follow our Twitter & Facebook feeds for all your coverage with Gareth Hall & Jason Bonnington! 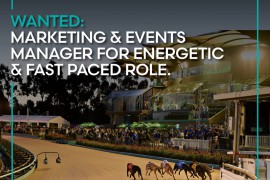 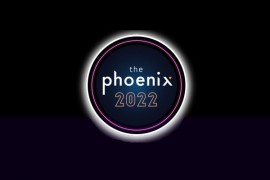