Race 1:
A very intriguing race over the 600m to start off the card with three main chances; PIRATE TAILS (3), TAI PAN AGOGO (8) & ZAMBORA ALANI (7). All three dogs have strong claims but going with PIRATE TAILS (3) on top after her strong 30.32 win here recently over the 525m.

Race 2:
MEPUNGA FREDA (4) returned in style with an impressive win at Geelong, if she can return to the form that made her a Group 3 finalist here, then I can see the daughter of Group 1 producer Mepunga Mia, using the vacant box to her inside to her advantage and finding a position early and being too good. RING A RANGER (2) & ORSON EMMY (7) would not surprise.

Race 3:
TOUGH CROWD (7) will be short in the market but has serious ability as evidenced by his very impressive 25.79 win at Warragul two starts back. One to watch moving forward.

Race 4:
Looking for a bit of value in this race with multiple chances; CHUCK ROCKS (8) lands on top after a powerful Shepparton debut win, the step up to 525m looks no issue while ASTON AMIGO (7) looks to have plenty of ability and FERNANDO’S QUEST (1) should not be discounted.

Race 5:
Looks a race that will be decided by the ‘two wings’ in HUSHING DUSK (1) & WEBLEC THUNDER (8). Both look to have some upside in comparison to this field.

Race 6:
Group 1 Rookie Rebel finalist ASTON GWEN (3) looks to have the clear class edge on this field and should pounce on the lead early. CARRY ON LIAM (5) looks over the odds and DRUMROLL PLEASE (8) should not be discounted.

Race 7:
Tough race with multiple dogs needing luck early to feature prominently. ARBY’S ROGER (8) enjoys middle distance racing and with arguably the most upside in the race he should be finishing in the money.

Race 8:
One of the more exciting races with a chance seemingly coming out of every box. TIBERIA BALE (1) has been racing in stronger company and with the positive draw should find more luck than he has been recently to be a strong each way conveyance. ANGEL GLOW (7) has a serious motor but can mix form. JAVI (3), MAHOGANY JET (4) & GENTLEMAN THIEF (8) can all feature in the finish.

Race 9:
WESTAR AILEEN (5) looks one of the better bets on the card following up a recent Meadows win with an impressive Sandown win in 29.53 including a sharp first sectional, a repeat of that will see the daughter of Mepunga Blazer leading from the outset and throughout.

Race 10:
INGA MIA (4) will look to capitalise on the vacant box to her inside after dropping back from the 600m with COLDEN DAYTO (2) & UNCLE’S GIRL the main dangers.

Race 11:
REBEL MAY ROAD (4) will need to jump but with some clear air can run the hands off the clock for this grade of race. ZIPPY ZENVO (1) & RUFIANO (2) have plenty of upside. 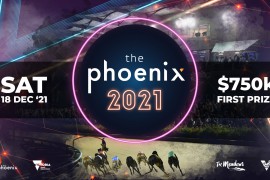 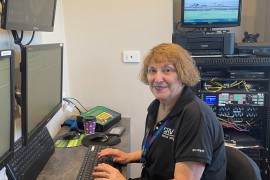 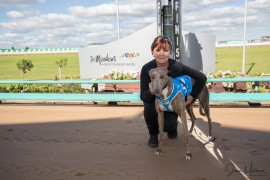