In Race 1 at The Meadows on Saturday night, Mink Lake is a must-include. She is a consistently fast beginner who has only been getting collared late in her recent races. She’s expected to be on the pace for a long way again this week off Box 1, and if there’s any trouble in behind, she could hold on to score.

Race 2 looks to be a battle between Call Me Snooze and Rebel Riot. Call Me Snooze narrowly gets the nod, based on his last-start BON 29.57 victory at Sandown. He should settle just behind the pace and from there, he’ll be hitting the line hard at the business end and could finish over the top of them.

Off It’s Chops looks hard to beat in Race 3. He was dominant winning at Geelong in 26.16 last month, when he extended away late to win by over three lengths. He is super strong, having placed over the 600m trip as well, and he just needs an ounce of luck to show his best on Saturday.

She’s So Kind looks poised to make it back-to-back wins when she lines up in Race 4. She’s been picking the jump well in her past couple of outings, and she was impressive leading throughout here last start in 30.13. There’s no reason she can’t double up off Box 1 on Saturday. 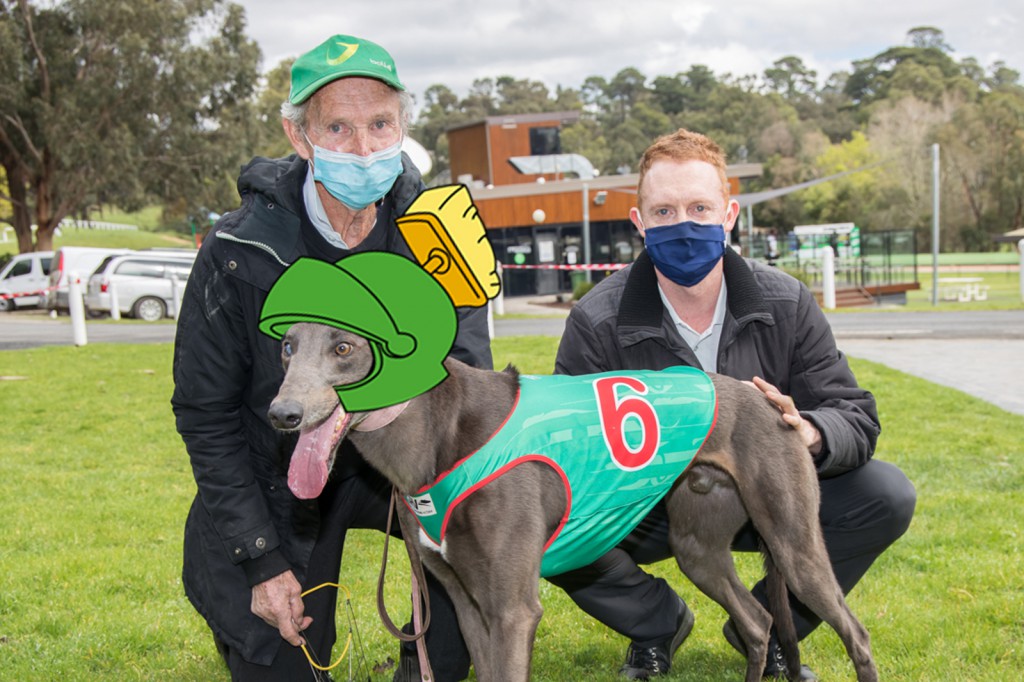 A striking dog with multicoloured eyes, Mighty Marvin is looking to bounce back onto the winner’s list

Mighty Marvin lined up in a strong field at Ballarat last start and didn’t get all favours after an average getaway. Go off his two prior excellent wins there and Geelong, when he led throughout on both occasions. If he lands near the pace in Race 5, he should be winning.

In Race 6, Zipping Rambo looks like one of the standouts of the night. He couldn’t have been more impressive winning at Sandown last start in BON 33.66, when he began fast and never gave anything else a chance. He’s one for the multis.

Destini Catalina pinged away off Box 7 here last start, and was only run down in the concluding stages, finishing second in 30.07. She’s drawn closer to the rails on Saturday, and is going to take some catching again.

In Race 8, Gypsy Yankee is one of the leading chances. He’s been contesting some strong races lately, and hasn’t necessarily had it all his own way. He resumed after a long break last month in a heat of the Launching Pad at Sandown, and was spectacular when pinging the lids and leading throughout in 29.37. He’s an incredibly fast dog, and will be hard to beat on Saturday.

Aston Fastnet is a super exciting youngster, who has already been running exceptional times. He finished second in the Launching Pad Consolation last start at Sandown, clocking 29.37. What made the run all the more impressive was the fact he didn’t get it all his own way, and recovered well to storm home late. He’s expected to be too sharp for them in Race 9 on Saturday.

In Race 10, Tin Shed Fred is worth consideration. He can be hit or miss at boxrise, but his last-start win at Sale was excellent, when he led from start to finish off Box 7, winning in 29.67. It will come down to the start, but regardless, he will be running on well.

Wynnum Star has been knocking on the door for another victory, and gets that opportunity in Race 11. She has been beginning fast in her recent races, and even though she finished second in her last couple, she kept fighting tenaciously right to the line. She should lead on Saturday and she will be doing her best right to the line as usual.

In Race 12, La La Missouri is a winning hope. Although Box 8 isn’t ideal for him, he should land near the pace, and from there, he just needs an unimpeded passage to be prominent at the business end.