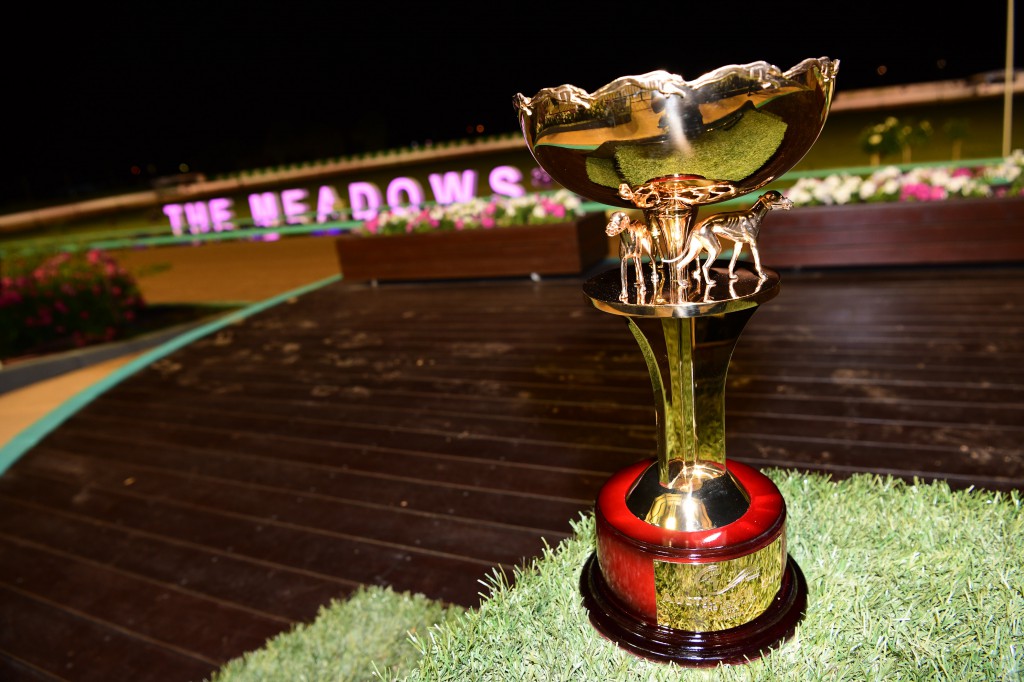 
It’s an outstanding 12-race card at The Meadows on Saturday night on TAB Australian Cup night. In the opener, Fortuna Bale looks a leading contender for Mark Delbridge. She did have a few excuses when she was the beaten $1.20 favourite at Geelong last start, and it’s better to go off her prior spectacular 29.41 win at Sandown. If she lands near the pace, she’ll be hard to roll.

Keenando was impressive winning at The Meadows on Wednesday, and looks a big chance of making it back-to-back wins in Race 2. He was caught wide for the majority of the race on Wednesday off Box 7, and would have had plenty of excuses had he been beaten. But he kept finding right to the line, and a similarly tenacious performance on Saturday would see him go very close again.

Race 3 is full of exciting up-and-coming youngsters, and a case can be made for a number of runners. However, it’s hard to go past Orlando, who is two from two so far. He won here on debut in 30.07, and followed that up with a 29.98 victory here last week off Box 8. He wasn’t super quickly away last start, but he held his line coming out of the boxes and stayed out of trouble, and was eventually too strong late. There’s no reason why he can’t repeat the dose from the same draw on Saturday.

Lalina took her impressive record to 11 wins from 19 starts last week, and she is the clear standout in Race 4. She showed exceptional box speed here last start and led throughout to score in 29.83. It’s hard to see anything catching her on Saturday.

In Race 5, the Country Championship Final, Aston Rupee is another standout for the night. This promising youngster doesn’t turn two until 28 April, but he’s already been running exceptional times. He’s won four from six so far, including a BON 29.25 victory at Sandown last month. He justified his $1.10 favouritism at Shepparton on Monday, when he won by over seven lengths in BON 25.06. He’s clearly the one to beat again on Saturday.

Yozo Bale is a leading contender in Race 6, the TAB Australian Cup Consolation. He put in a huge performance to finish second in the Group 1 Temlee behind Wow two starts ago, when coming in off the ballot, and then followed that up with a strong second in an Australian Cup heat behind Shima Classic. He looks a big chance of leading throughout on Saturday.

Shima Glow may represent some value in Race 7. The 600m trip seems to be more her go, and she led throughout off Box 1 at Sandown last start in 34.19. She can be hit or miss at the start, but if she makes a clean getaway, there’s no reason she can’t be prominent at the finish.

The Fanta Bale Super Stayers Final over 725m is the first of the Group 1 features on Saturday night, and Houdini Boy is a deserved favourite off Box 1. He made up enormous ground off Box 7 in his heat last week to nearly grab Zack Monelli on the line. He won the Group 1 Sale Cup in December and the Group 1 Zoom Top only a few weeks ago. He’s a class act and he will be very hard to beat.

A quality field is assembled for the TAB Australian Cup Final, but Tommy Shelby is the one they all have to beat, if he jumps like he did in his heat last week. “The people’s dog” jumped straight to the lead last week, and clocked the quickest time of the night in 29.51. The box draw gods haven’t smiled on this greyhound in some time, but he is a fearless chaser, and despite Box 4, he’s a strong chance of leading throughout on Saturday night.

In Race 10, Chart Topper is a solid each-way chance. She’s not generally the quickest of beginners, but she does have the advantage of drawing Box 1 for the third time in a row, where she can push up early and get into a prominent position. She won at Sandown last week in 29.74, and a similar performance looms on Saturday.

Race 11 is one of the trickier races on the programme, but Invictus Waive is worth consideration. He didn’t get all favours when finishing fifth at Sandown last start, but his prior win there was excellent when he led throughout in 29.57. Although he is a risky beginner, he is clearly talented and is worth having a dollar on again on Saturday night.

Scatterbox is likely to represent some value in the last on Saturday night. He actually finished fifth in last year’s TAB Australian Cup, and is capable of pinging the lids on his day. If he happens to do so and there’s any trouble in behind, he could be off and gone.