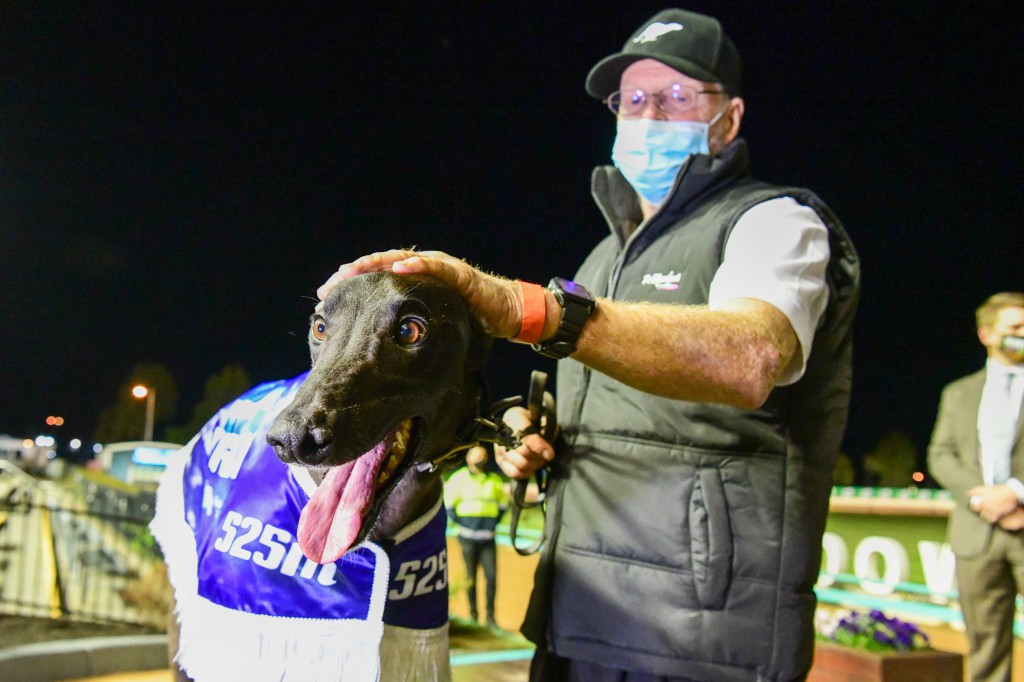 
In August 2019, David Gleeson was awarded the prestigious Ken Carr Medal at the Victorian Greyhound Awards. During his acceptance speech, he spoke excitedly about one of his new greyhounds who was showing a lot of promise in the infant stages of his racing career.

That greyhound was Shima Shine.

And for owners David Gleeson and Bob Cummings, Shima Shine is the result of decades of breeding greyhounds together.

“We’ve been breeding together since the 1980s, and my breeding goes back another 10 years before that,” says Gleeson.

“His mother, Shima Song, she herself was very good little dog. And her mother, Shimaguni, was one of the better middle distance dogs in Australia at the time, but she ran into Miata when she was at the end of her career and Miata was in the middle of hers.”

Gleeson and Cummings knew early on that Shima Shine was special.

“We know what they’re like growing up. We rear our own dogs and we start taking them in and out of the kennels by the time they’re about six months old. We’ve got our own bullring where we break them in. We walk them on the leads, take them up and down the paddock, they run around.

“We do the preliminary work and by the time they go to the Daillys at around 16 months old, they’ve been and done quite a few things already. We’ll often take them for a slip at Sandown or Cranbourne.

“We took Shima Shine for a slip at Cranbourne, and his last 200 metres was better than the best dogs that could win races there over the sprint course, and I thought, ‘geez, he’s got some pace, this dog!’”

The Andrea Dailly-trained chaser broke the Ballarat 450m track record at only his seventh start, finished second in the 2019 edition of the Million Dollar Chase behind Good Odds Harada, and got his deserved maiden Group 1 victory in November last year, when he won the TAB Topgun at The Meadows. At his last start, he dominated from start to finish in the Gold Bullion at Albion Park to claim further Group 1 glory.

On Saturday night, Shima Shine has drawn Box 8 in the star-studded Group 1 Temlee field at The Meadows, where he will aim to win another Group 1 invitational race at The Meadows, one of his favourite tracks.

“He’ll be okay out there in the pink,” says Gleeson. “He’s a very, very good dog. We’ve got some bias, but I think he’s the best dog going around.

“If he comes out with them and is left alone, I think he just wins. His acceleration is just dynamic.

“Bob does everything under the sun, and he’ll be coming out to the races with me on Saturday night.”