Lara trainer Tim Britton has a kennel of talented greyhounds, three of which will step out at The Meadows on Saturday night.

In Race 3, a Restricted Win Final over 525m, he will be represented by two leading chances in the race, Carry On Star and California Gold. Carry On Star will jump from Box 1, and comes into the race off the back of an impressive 29.86 all-the-way victory in her heat. 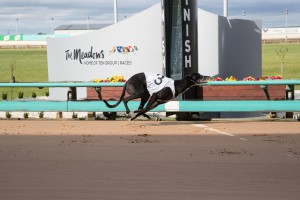 “I’m pretty confident off Box 1,” says Britton. “If she leads to the bend, then she should win if she runs like she did last week. She’s in really good form, and feels really good and is bouncing around.”

California Gold has come up with Box 6, and he is shooting for five consecutive wins. He won his heat here in 30.14, and had been clocking some very fast times at Sandown prior to that.

“He’s also in really good form right now; he’s come back a different dog after a four-month injury break. I’d like him to be drawn a little closer to the rails, but the way he’s been running, his confidence is up, so he might surprise.”

Britton will then need to wait until Race 9 for Colden Dayto to go around. He’s drawn Box 1 and looks a big winning chance after he didn’t get all favours off Box 3 here last week. His wins prior at Sandown were excellent, when he led throughout in 29.59 and 29.46.

“I’m also pretty confident with him off the red,” says Britton. “He’s been running quick times lately, and I think if he leads to the bend, it should be his race.” 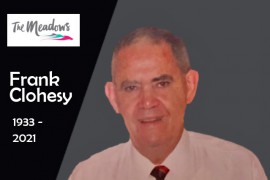