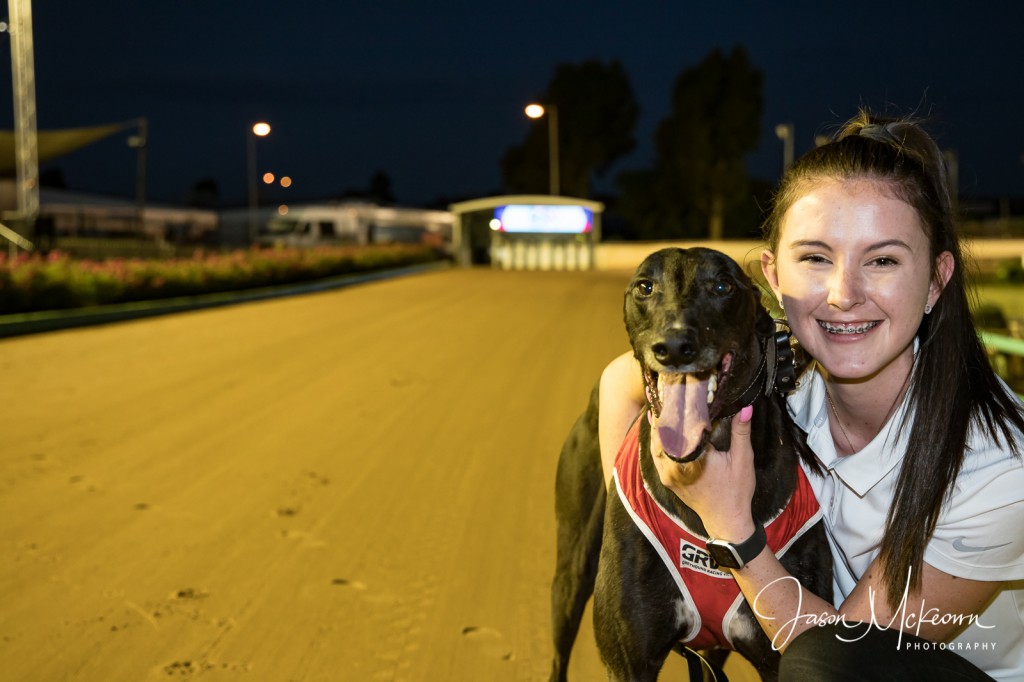 
A few months ago, Jason Thompson said that he thought Equalizer was the fastest dog in his kennel.

On Saturday night, the talented son of Kc And All and Captivating will face his toughest test to date when he jumps from Box 8 in the Group 1 Feikuai Greyhounds Silver Chief Final at The Meadows.

His 29.71 heat win last Saturday night was something to behold. He drew Box 1, and after initially beginning on terms, he was shuffled back early. With an outstanding burst of speed, he stormed home late to score, after never really looking likely during the race.

“To be honest, I was surprised with how well he came out,” says Jason Thompson. “He’d normally been missing the start pretty badly recently, so when the lids came up and he was right there, I thought there was a chance he’d get through the first corner in the top three.

“Then, all of a sudden, they jammed down on him, and once he came out of the first corner, he was in about fifth, and he was about eight or nine lengths off them going down the back straight. At that stage, I just wanted to see him compete and thought if he’d finished in the top three it would have been good!

“It was so good to see him win; he’ll probably never lead a good race, and will need to negotiate dogs like that again going forward. He’s a very fast dog and he showed the ability that he’s got in the heat. He had to manoeuvre his way through the field, and still ran a very quick time.”

Thompson says that the start is the key for his talented chaser on Saturday night, and is pleased with Box 8 for him.

“He can handle a wide box. He’ll run straight – it just comes down to how he leaves the boxes. If he misses it by two lengths, it wouldn’t matter where he’s drawn because he’d need a hell of a lot of luck. 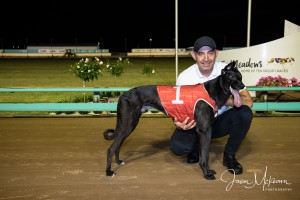 Thompson also has Aussie Secret lining up in the $100,000-to-the-winner final on Saturday night. He has a tremendous winning strike-rate, having won 14 from 23 so far, and he has outstanding box speed on his day.

He jumped straight to the lead off Box 1 in his heat, and never gave anything else a chance, clocking 29.86 and winning by nearly three lengths.

“The perfect scenario is that he goes straight to the front off Box 6, and Equalizer settles in second!” says Thompson. “He’s a pretty seasoned dog now – he’s been through the Melbourne Cup series and the Ballarat Cup series, he’s race fit, he’s in high grade, and I think he’s well-seasoned for a race like this.

“He’s only had three starts at The Meadows and he’s won all of them. He likes the track and seems to begin well there. He’s drawn where he wants to be, and it’s going to be crucial for him to begin, because there’s speed outside of him with Earn The Answers. If he begins on terms, he won’t give an inch – he doesn’t get intimated by other dogs.”

As for who’s the better chance on Saturday night? Thompson can’t split them.

“I’m very happy with both of them; they’re both well drawn and both racing confidently. But because they’re such different dogs, I can’t split them,” Thompson explains. “I’ve liked Aussie Secret since Day 1 – he’s such an honest dog, he never runs poorly, he always gives 100 percent, and does more things right than wrong.

“Whereas with Equalizer, you’ll know what chance he’s got when the lids come up, as he can be quite inconsistent with the way he begins.

“All I know is that Aussie Secret will be in front of Equalizer at some stage of the race!”