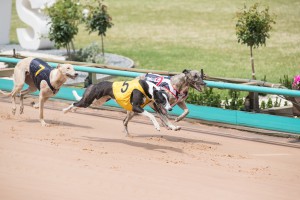 In Race 1 at The Meadows on Wednesday, Tom The Cheap is worth consideration in an even field. He made up fair late ground here on debut when finishing fifth in 30.43, then showed improvement here last week when finishing third in 30.33. While he’s not the quickest of beginners, he is strong and will be finding the line well.

Unlawful Assault is better than his recent formline suggests. He hasn’t had much luck in his past couple of races, and it was only last month that he clocked 34.64 when leading throughout over 600m to score impressively. If he makes a clean getaway, he could be hard to run down in Race 2.

In Race 3, Stay Focused is a must-include. She settled on the early pace here last start over 600m, and hit the line well to only just come up short, clocking 34.97 in second. She’s expected to settle on the speed, and with an unimpeded passage, she should be right in the finish once again on Wednesday.

Stretch Butler was ultra-impressive winning at Sandown on Sunday. He jumped straight to the lead off Box 5 and never gave anything else a chance, clocking 34.64. He reverts to the 525m trip on Wednesday, and there’s no reason he can’t lead throughout again in Race 4.

Mepunga Reject looks like an exciting greyhound on the rise. He’s only had the three race day starts, but has already won twice, recording 29.51 and 29.42 victories at Sandown. He had no luck whatsoever at Sandown last start, and he should bounce back to winning form in Race 5.

In Race 6, Aston Chandra is one of the leading contenders. She found trouble soon after the start here on Saturday, but her prior win here was excellent, when she led from start to finish in 34.83. If she picks the jump, she could be hard to catch.

In Race 7, Mepunga Warrior has the advantage of drawing Box 1 again. He began fast from the same draw here on Saturday, and recorded a 30.12 all-the-way win. A similar performance would see him go close again on Wednesday.

Papi Go Fast looks hard to beat in Race 8. He is typically a fast beginner, and he was only collared on the line last start when finishing second at Sandown in 29.44. He’s expected to ping to the lead and from there, it will be catch-me-if-you-can.

In Race 9, Nonna Josie should be included in all combinations. She showed improvement here last week when she began fast off Box 8 and won easily in 30.36. She’s got a nice turn of foot, and just needs an ounce of luck to show her best on Wednesday.

Kiss Me Razley is one of the major players in Race 10. He showed excellent mid-race acceleration here two starts ago, when winning in 30.41, then tried hard for third here last week in 30.88. He should be finding the line tidily as usual on Wednesday.