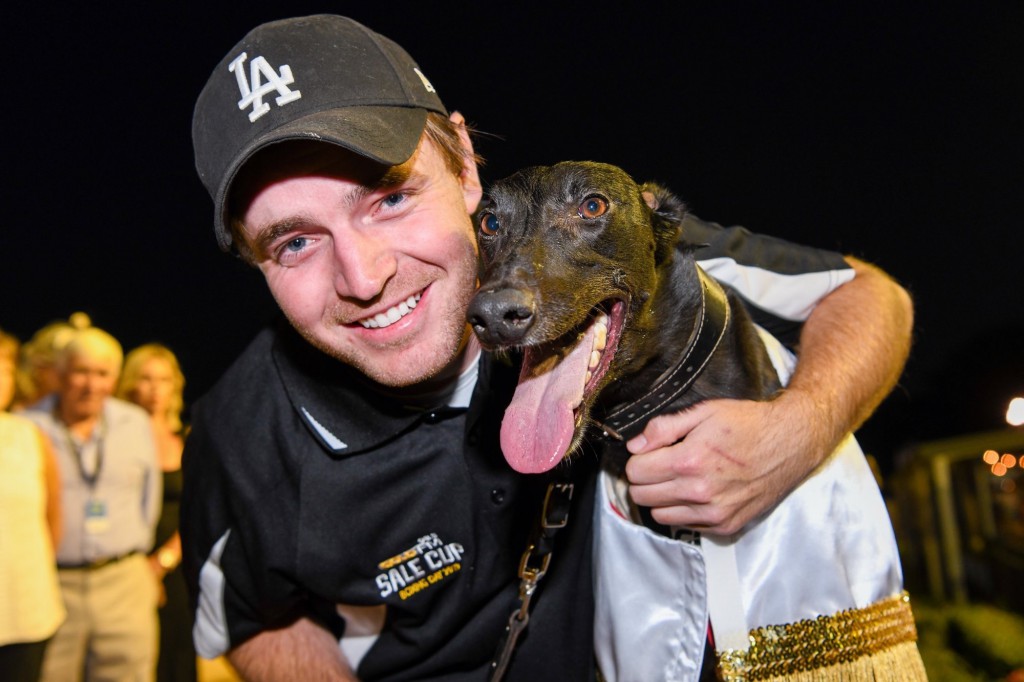 
Four heats of the Group 1 Hume Cup will take place at The Meadows on Saturday night, with the top two placegetters from each heat advancing to the $75,000-to-the-winner final.

Anakie trainer Matt Lanigan is hopeful that his charge Weblec Eagle will earn a spot in the big dance on Monday 2 November.

Last year’s Group 1 Sale Cup winner has come up with Box 1 in his heat, which Lanigan thinks is ideal.

“I’m really happy with the draw. Since he’s come back from injury, he’s mainly drawn 4 and outwards, and he does go a bit better when he’s drawn the inside, so to draw Box 1 is obviously very pleasing,” says Lanigan.

The four-time group race finalist worked home powerfully to score at The Meadows last week in 30.39, and the step up to 600m again on Saturday now looks ideal.

Lanigan also has several other chances on the support programme. In Race 3, Moon Flower will don the red rug. She comes into the race with solid form at The Meadows, including a last start third in 30.74.

“I think she’s a bit better when she’s drawn off the track; she does begin very well, but she probably runs three or four lengths off the rail,” explains Lanigan.

“I think Box 1 should still be good for her though if she can show her early pace.”

In the same race, Weblec Bloom has drawn Box 8. She put in an eye-catching performance at the track last week when flying home for third in 30.64.

“She likes Box 8 and she’s very strong, although she does need things her own way. She’s ideally drawn out in Box 8 with no pressure to her outside. If she can settle close enough, she’ll certainly be hitting the line well, and I think she’s drawn the better of my two dogs in the race.”

In Race 11, Weblec Smoke will jump from Box 1. This son of Barcia Bale and Weblec Belle is super consistent, having placed in his past four races at The Meadows. He’s not the quickest of beginners but he is super strong and should appreciate the inside draw.

“It’s nice to have three Box 1s on one night – I wish it happened all the time!” laughs Lanigan.

“He’s very consistent of late, but unfortunately he keeps finding one that goes a bit bitter than him on the night. It’s a pretty even sort of a field, but Aston Ulysses from Box 4 and Invictus Waive from Box 8 both go really well, so he’ll have to begin.

“If he settles close enough, his strength is his strongest asset – he’s won over 595m at Sandown in a quick time. I actually almost put him in the Hume Cup heats, but thought they might be a bit too quick for him, so I’m hoping he can win a Grade 5 in town and hopefully end the night well for us.”

Finally, Assertive is the first reserve in Race 9. He found mid-race trouble here last week in a semi-final of the TAB Great Chase, but was a strong 25.33 winner at Ballarat prior to that.

“Dr. Tucker was the only dog that led him in the Great Chase semi-final, and if the box draw was around the other way, Assertive probably would have held him out.

“If he gets a start, hopefully he draws close to the fence and he can reel off good sectionals. He tries very hard, so fingers crossed!”