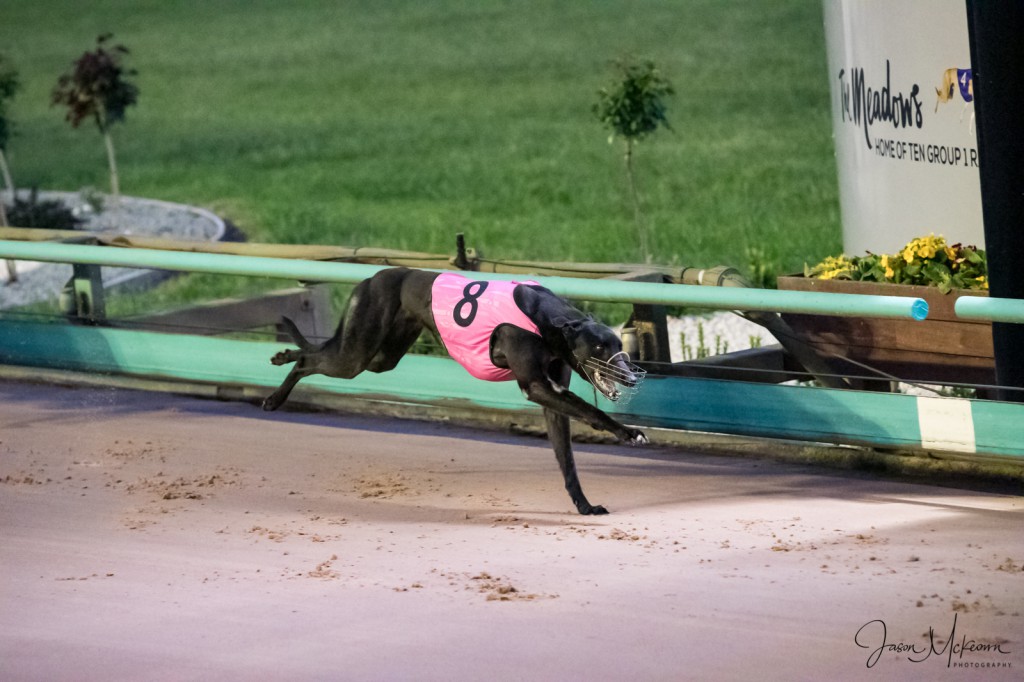 Buffet Destroyer returns to The Meadows


The first three races at The Meadows on Wednesday are 525m maiden heats. In Race 1, Dr. Santiago gets the ideal opportunity to break through. He finished third at Sale last start in 25.39, when he began well but couldn’t cross from Box 7. He’s already placed in four from six, and being drawn closer to the rails on Wednesday should aid his chances.

Unlawful Lad is worth consideration in Race 2. He debuted at Bendigo on Friday over 500m, when he was on the pace the whole way, and finished third in 28.58. If he finds the front on Wednesday, he could be hard to run down.

Daph’s Ascend has been knocking on the door to get her maiden victory, and she looks ideally placed in Race 3. She has proven to be a reliable beginner in her four starts so far, and gets a winnable race on Wednesday. It’s hard to see anything catching her this time.

In Race 4, Waldorf looks like one of the best bets of the day. He comes into the race having won his past two 600m races here by big margins, and he only needs to step cleanly on Wednesday to make his presence felt again.

Race 5 kicks off the quaddie, and features a talented bunch lining up in a heat of the TAB Great Chase. It’s My Party narrowly gets the nod based on her 30.01 victory here last Thursday, when she began well then extended away late to score by five lengths on the line. She is super strong, and only needs to find clear air to feature prominently again on Wednesday.

In Race 6, Mepunga Mila looks like a solid each-way prospect from Box 3. Although she mixes her box manners, she is capable of pinging away, and it was only just over two months ago that she recorded two all-the-way wins here in 30.18 and 30.19. If she picks the jump, she’ll be hard to beat.

Dr. Tucker looks poised to make it three wins straight when he lines up in Race 7. He has been dominant winning his past couple of races here in quick times, and it’s hard to see anything matching motors with him on Wednesday.

Buffet Destroyer and Sweet Demi appear to be the standouts in Race 8, but Buffet Destroyer goes on top by virtue of her last start 30.14 victory here off Box 8. She gets into her work quickly, and will just need to get a clear run going into the first bend to be competitive in the finish.

The super consistent Dark Jedi is a leading contender in Race 9. He was narrowly beaten at Wentworth Park last start, and prior to that, had been clocking good times here at The Meadows. He’ll be super strong to the line, and could finish over the top of them late.

In Race 10, Joyful is a winning chance. She’s been the runner-up in her past couple of races at Cranbourne, and has been beginning well in her recent races. She meets an even line-up on Wednesday and will just need to begin cleanly.

Who Back There is a must-include in Race 11. He showed good acceleration here last Thursday and dug deep to score in 30.32 off Box 7. He’ll keep finding right to the line and may represent some value.