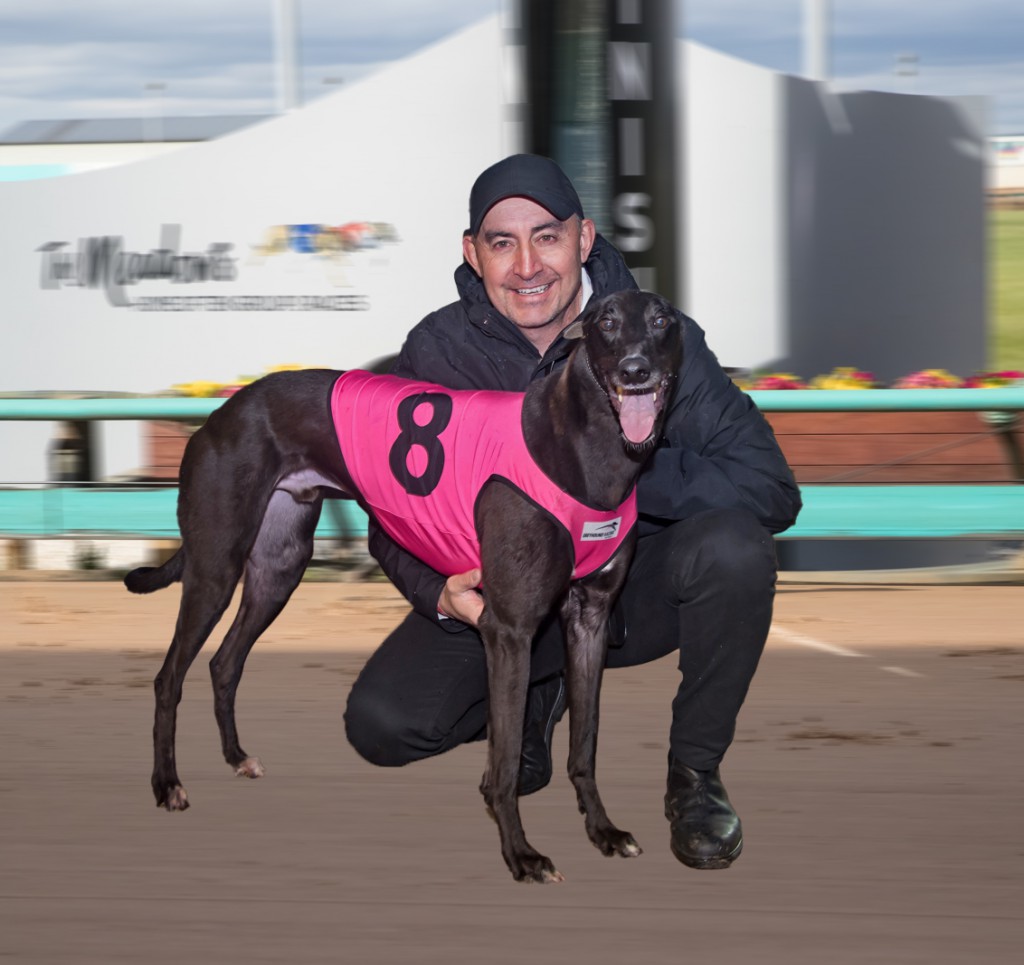 
The powerful Jason Thompson kennel will be well-represented at The Meadows on Saturday evening, with four winning chances lining up throughout the program.

The greyhound that Thompson is most looking forward to watching go around is Equalizer in Race 10.

He was dominant leading throughout at Warragul last start in BON 25.72, clearing out to score by over nine lengths.

“He’s probably the fastest dog we’ve got at home,” enthuses Thompson. “His sister Immunity has won five from five and looks very promising, but I think he’s quicker than her.

“Prior to Warragul, he’d had no luck. The Warragul run has hopefully given him a lot of confidence. He’s drawn well – he prefers to be down near the fence – and the dog on his outside will move right, so he will get a bit of room out of the boxes.

“If he can begin safely, he’s definitely our best runner on Saturday night. I think he’s potentially a topliner – he just has to do it now, and hopefully the Warragul run gives him a bit of a kick-start.

“I’ve got pretty high expectations of him.”

In Race 2, Georgia Rose will jump from Box 8. She was completely luckless here last week, and tried hard in her previous start when finishing second in 30.46.

“The only concern I’ve got with her is the way they box the dogs in Victoria at the moment. She’ll go in last and will have very little time to settle,” says Thompson.

“She’s had Box 8 twice before and missed the start on both occasions. But if she comes out with them, she’s very well drawn, and will go straight from there.

“She had no luck last week; she should have run at worst third and probably second. If she comes out safely, she’s a very good chance.”

Zipping Bram will be making his Victorian debut when he lines up in Race 4. The talented NSW chaser is a powerful finisher, and brings strong 600m and 700m form into the race.

“I’ve only had him for about two weeks. He’ll head towards the Hume Cup and hopefully the Sale Cup, and then he’ll push on over 700m after that.

“Saturday night over 600m at The Meadows is a good place for him to start. He trialled very well there on Monday and I expect, barring incidents, that he should go very well.”

In Race 8, Wild Card has come up with Box 2, and is looking to make it six wins straight. He’s not actually the quickest of beginners, but has terrific mid-race acceleration.

“He broke 30 seconds at The Meadows, but his other wins recently have been in the country,” says Thompson.

“He’s drawn well, but this is as high a graded race as he wants to be in. He’s full of confidence after his last five runs, and as long as he begins safely, he’s a good each way chance.”