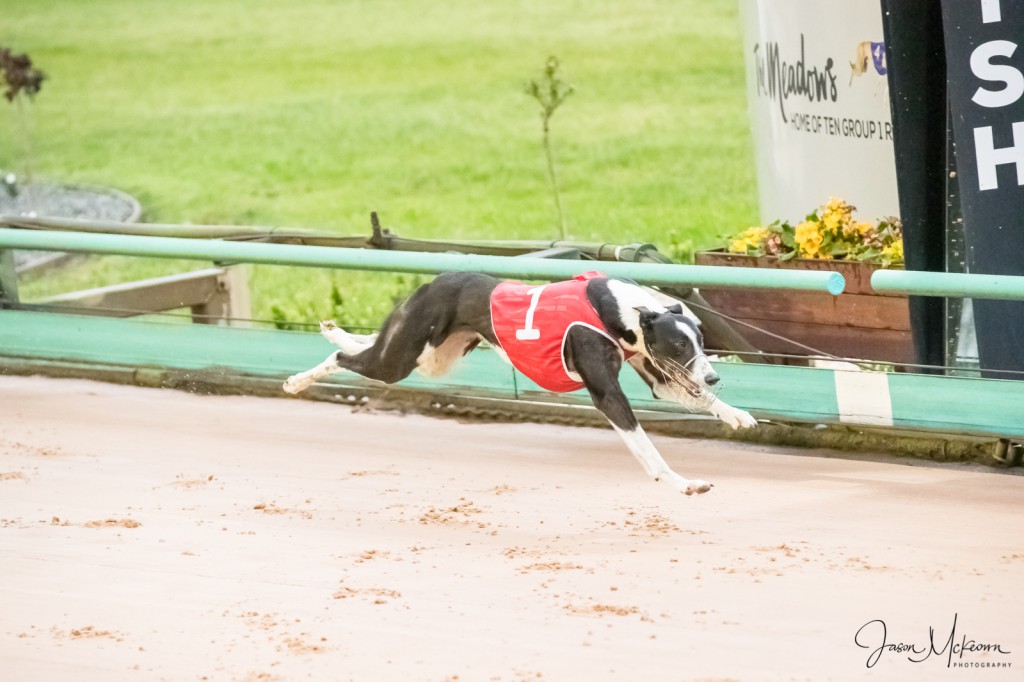 In Race 5, Mepunga Katie has drawn Box 5. She was brilliant winning here last week over 525m in 30.12, and the way that she hit the line suggests that the 600m trip now looks ideal.

“She’s never been over the trip before, but I’d be disappointed if she didn’t run it out, because she runs pretty well to the line,” says Jeff Britton.

“She might be a little bit hit or miss from Box 5, but I’m hoping she can jump near the lead.

“She’s our best of the night.”

In Race 8, Spearhead has drawn Box 5. He has drawn outside likely race favourite Get It Gizmo and has a vacant box to his outside.

“He’s a really honest dog and he seems to go well in Grade 5, but probably struggles against the topline dogs.”

In Race 9, Jepara comes into the race unbeaten in two starts so far (both at Warrnambool over 450m), but faces his toughest test to date on Saturday.

“He’s on the way up and he keeps on improving,” says Britton.

“The penny’s really dropped in the past month or so. He knows the track really well because he’s had a lot of trials around there.

In Race 11, Mr. Fix It has come up with Box 4. He’s an exciting youngster, and comes into the race in excellent form, having won four of his five races.

“I think it’s a fairly hard race, but he’s another one who’s really improved in the past month.

“As a pup, he used to carry on a bit and was fairly excitable, but he’s starting to settle down. He’s still quite young and inexperienced though.”