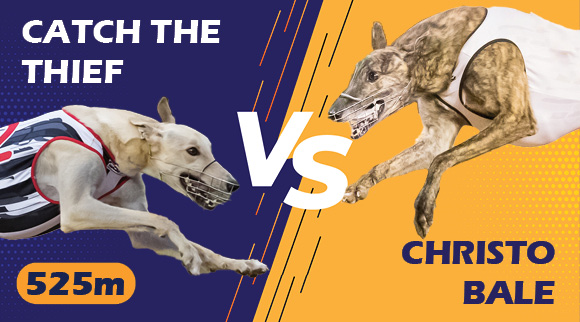 Can Christo Bale Catch The Thief?


The Speed Star match race between Christo Bale and Catch The Thief is one of the most highly anticipated clashes of the night on Wednesday.

Catch The Thief was spectacular when leading throughout at The Meadows last Thursday in BON 29.61.

Christo Bale was also ultra-impressive in his race on the same day, but for different reasons; he put in an eye-catching run for second, storming home late to nearly grab Tiggerlong Tonk on the line, and clocked 29.76 in defeat.

“I don’t think I could have picked a harder dog to race against!” says Mark Delbridge, trainer of Christo Bale.

“He’s as good as gold, but he’s definitely got a hard task against him.”

Delbridge says that Christo Bale is unlikely to be able to match the early pace of Catch The Thief, but says that his charge’s biggest asset is his run home.

“I think the other dog will lead, but it will be a matter of how far he gets in front. It will all come down to that first split.

Delbridge describes his talented chaser as pretty relaxed around the kennels. “He’s one of the better dogs in the kennel, and pretty much goes with the flow.” 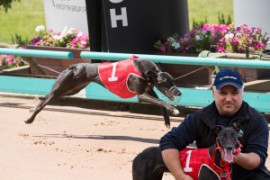 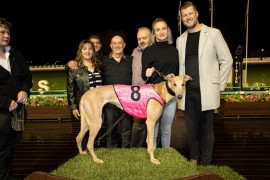 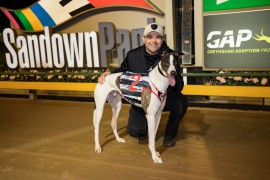 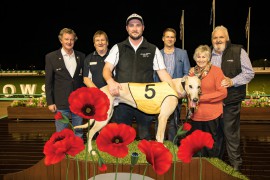