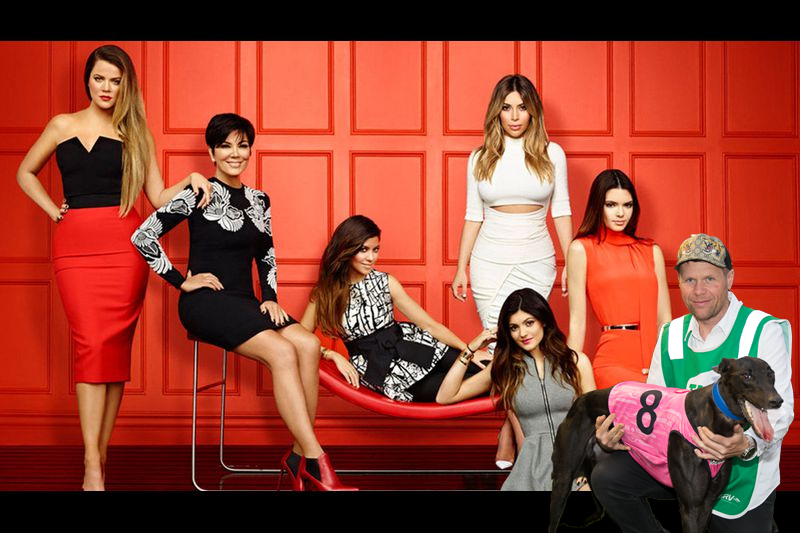 
It’s been a tough week for a certain member of the Ennis household, with the news coming through that after 20 seasons, Keeping Up with the Kardashians has been cancelled.

Luckily the kennel has a smart dog on their hands to help ease the pain!

When Jim Zarr Dashian first appeared on the scene, there was plenty of talk about him.

He duly delivered on debut, scoring in 30.42 at The Meadows back on 4 December last year.

“He was trialling very quick. My major concern about him then and still is now is his lack of speed to the first mark,” says Jamie Ennis, who trains with his wife Brooke.

In his next few starts, he really started to assert his authority as “the next big thing”, clocking a blistering time of 29.02 at Sandown at just his fifth race day start.

“He looked ultra impressive in his early races, but he was racing inferior opposition, and it’s difficult when you’re racing the better dogs up in the grade who have a very good first split.

“In his first 15 or so starts, he drew boxes 4, 5, and 6 a lot, which knocked his confidence. He was winning, but he was finding trouble and getting knocked around and his confidence went right down.”

More recently, Jim Zarr Dashian has been busy chalking up the wins at Ballarat, and his overall winning tally currently stands at 11 wins from 27 starts, along with an additional 10 minor placings.

However, it hasn’t all been smooth-sailing of late.

“A few months ago, he had bad tonsillitis. If you ran him fresh and let the tonsils settle down, he’d go like a jet, but if he started to continuously go around the track, they’d start to deteriorate again.

“But we’ve got on top of that now, and he’s starting to run into good form. He didn’t box well last week, but the run was pretty good, and he made up good ground.”

On Thursday, the son of Kinloch Brae and Kim Zarr Dashian will jump from Box 3 at The Meadows in Race 10.

“If he runs up to Saturday night, avoids King Of Swing and gets a clear run, then he should be winning,” says Ennis.

The Ennis team also has Mullion Mayor lining up in Race 7 on Thursday, and he caught the eye flashing home strongly for second here on Saturday in 30.10.

“Manila Knight is the best dog in the race, but we’ve clearly got the best draw, and with Charlie Bale to our outside. He gets his chance on Thursday if Manila Knight doesn’t get across from Box 8.”