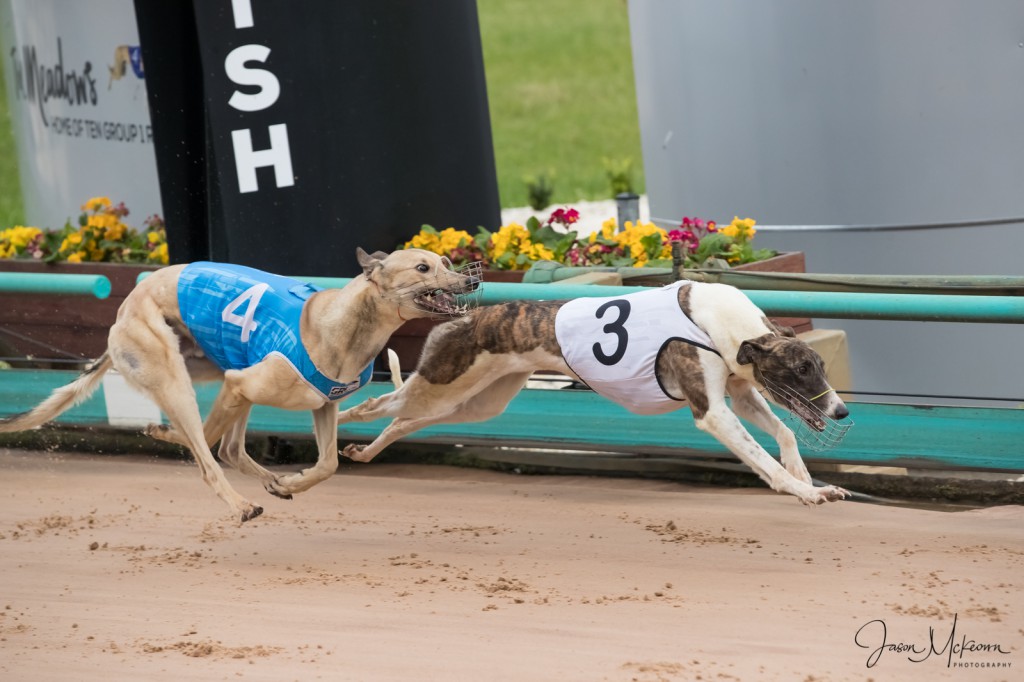 
In Race 1, Carry On Liam looks hard to beat from Box 7. He tends to use up some track, so the draw suits, and he was game in defeat when finishing second here last week in 30.16. He’s expected to land near the pace, and could be too strong at the business end.

His brother, Carry On Maxwell, is a winning chance in Race 2. He found early trouble here on 29 August and recovered well for third in 30.66. Prior to that, he clocked 30.15 when finishing second. He gets a winnable race on Wednesday and is a big chance of breaking maidens.

Aston Adonis may represent some value in Race 3. He began well off Box 5 here last week and tried hard for third in 30.48. If he begins like that again on Wednesday, he could be hard to catch.

In Race 4, Colden Express is a leading contender. He led throughout here last week to score in 30.52 off Box 8, and dug deep to hold on. He’s previously placed here in 30.41, and he’s a good chance of leading from start to finish on Wednesday.

All Show looks a major player in Race 5. He has previously clocked some fast times, especially at Sandown, and his last start miss here was a forgive run. If he finds a clear passage, he’ll be hitting the line hard.

Enicka Bale is one of the standout bets of the day, and she’ll jump from Box 3 in Race 6. She began fast here on Saturday but couldn’t quite get across cleanly, and then found trouble late. Prior to that, she won here in 30.28 when leading throughout off Box 7. If she finds the front early, she’ll be very hard to reel in.

King Gristle is worth an each-way bet in Race 7. He’s better than his recent formline suggests, and wasn’t actually far away here last week when he finished fourth in 30.39 at big odds. He’ll be trying hard right to the line and is a strong place prospect in an even field.

In Race 8, Zero Cool has drawn Box 6, and has the benefit of a vacant box to her inside. She copped a hefty sideways bump going into the first bend here last start and recovered well for third in 30.32, and prior to that, had won four races in a row. With an ounce of luck, she’ll be very hard to beat.

Enter The Son is one for the multis. He’s come up with Box 5 in Race 9, and has a vacant box to his outside. He was excellent winning over 600m here last start, when he unwound strongly late to score in 34.50. A repeat of that performance would see him go very close to winning again on Wednesday.

Indian Shadow is getting close to another victory, and he gets a good opportunity in Race 10. He was only nabbed right on the line here on 26 August, and then on 3 September, he flew home late and just missed. If he gets an unimpeded run, it’s hard to see him being beaten on Wednesday.

In Race 11, Zipping Caviar looks a must-include. He’s not usually the fastest away, but he gets into his work quickly and he owns a strong finish. If there’s any trouble in the race, he could have the final say.

In Race 12, Palace Lady is one of the key runners. Prior to her last start miss at Geelong, she had gone two excellent races at The Meadows, winning here in 30.19 last month when leading throughout. She has excellent early pace on her day, and if she picks the jump, she’ll be right in the finish on Wednesday.