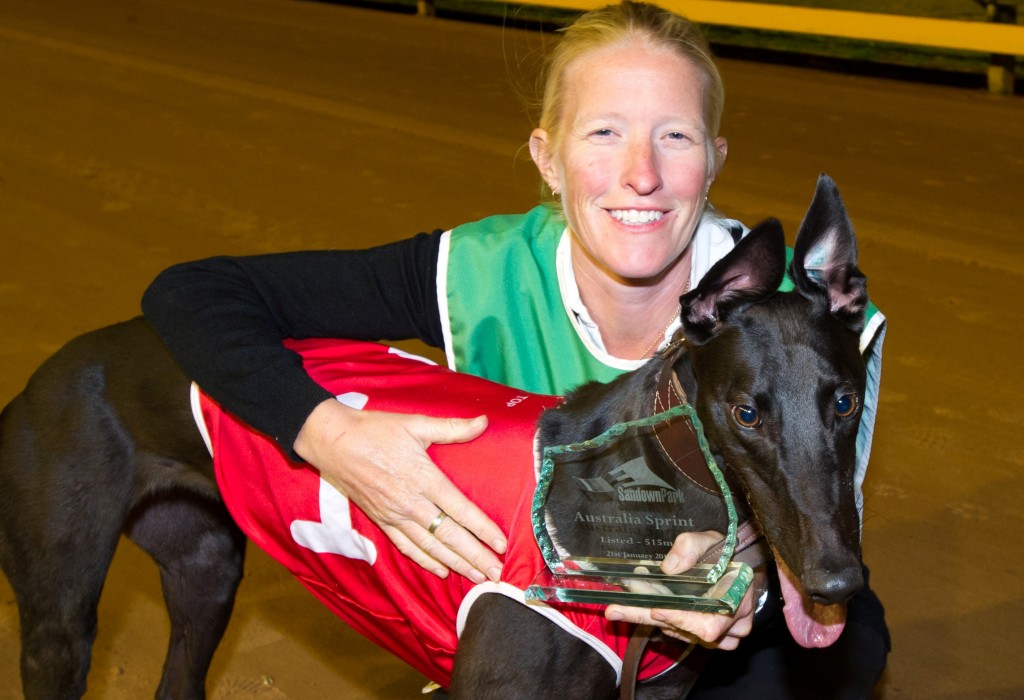 
Buckley trainers Lisa and Ian Cockerell start the night with two strong chances in Race 1 at the Meadows on Saturday.

Aragog will jump from Box 2 in the opener. He began fast here on Wednesday from Box 4 and stuck on gamely for second in 30.51.

“The whole litter is still quite young, and they’re not consistent race dogs yet; sometimes they hit the start, sometimes they don’t. If they jump, they’re good!” says Lisa.

“If Aragog gets to the front and there’s trouble behind, then he’ll be right.  He’s a good chaser, and he’ll keep trying.  But I think there could be trouble with Estrella Starr, because they could jump a bit the same.”

Estrella Starr, Aragog’s sister, will jump from Box 3 in the same race. She began fairly off Box 4 here on Wednesday, then showed tremendous acceleration, and drove away to score in 30.23 by over five lengths.

“I think she’s the fast of the two, but there’s another six dogs in the race,” laughs Lisa.

“I think she’s our better chance in the race, but he’s a really hard chaser. If he [Aragog] gets to the front, he won’t give it up easily.”

In Race 6, Madam Rosmerta has come up with Box 1.  She’s capable of a fast beginning, and looks like she could lead for a long way on Saturday.

“As much as the red would normally be really good, she can start to get really anxious sitting in the boxes.  If she jumps, she will always put herself in the race. She may run a cheeky race because she’s got the red and likes to rail, but there’s a few fast ones in there. If she can put herself in the race, she doesn’t particularly like a lot of pressure early and needs a clear run,” says Lisa.

In Race 9, Broken Drum looks a strong winning chance from the inside draw. He was only nailed late here on 27 June, when he led for most of the way off the same box.  He’s since won at Sandown in 29.88, and looks a big chance of repeating the dose on Saturday.

“We really like this dog. He’s not a particularly brilliant beginner, but when he hits the ground, he hits it running. He has good middle sections, and is a super hard chaser.  He can’t run out a super strong 500m yet, but he puts himself in the race by his middle sections.  If he gets in front, they’ve got to catch him,” says Lisa.

Lily Potter lines up in Race 12, and has drawn Box 6. She caught the eye here last start, when she settled well back, and flashed home late for fifth in 30.83.

“She does prefer it out wide. She used to be a really reliable beginner, but since she’s had to sit in the boxes a bit longer, she’s started playing up a bit in the boxes. She lost her confidence for a little while, but is certainly improving. If she puts herself in the race, they’ve got to catch her, and she’s getting a lot stronger over the 500m.”

Lisa rates Broken Drum and Estrella Starr as their best chances of the night.

“Broken Drum is really starting to find his straps over the 500m. He’s that bit older and a bit more consistent in his racing. Estrella Starr also ran super on Wednesday. They’re our two best chances.” 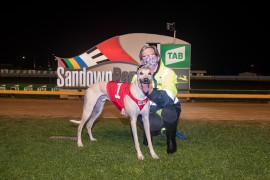 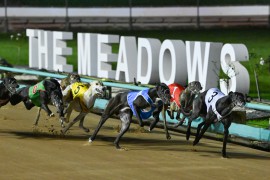 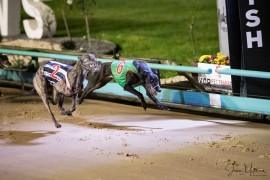 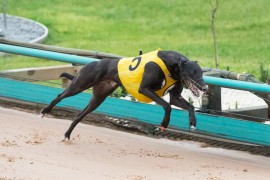