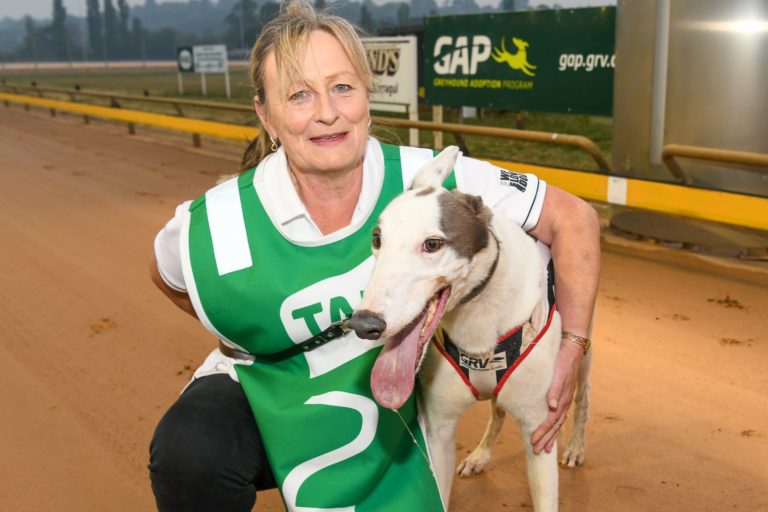 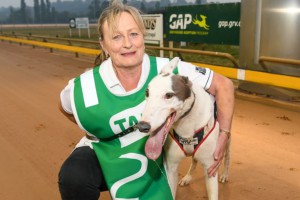 The Robert Camilleri and Deb Coleman team heads to The Meadows on Saturday night armed with three strong chances.

In Race 3, Maximum Refusal ($11) comes up with Box 4. He’s better than his recent formline suggests, and he usually attacks the line strongly over 500m.  He’s previously had one attempt over the 600m trip, and finished second on that occasion at Richmond over 618m, back in January.

“It’s his first time over 600m for us, and we have all intentions of him hopefully running it out.  He should be competitive enough,” says Coleman.

In Race 5, Keenando ($2.70) has drawn Box 2. He missed the jump from Box 7 here last week, and made up enormous ground to grab second, and actually nearly win the race.

“He got a bit anxious in the boxes last week and missed the start. Hopefully he starts a bit better on Saturday, and we’re hoping he can go one better,” says Coleman.

Meanwhile, exciting stayer Rajasthan ($5.50) will jump from Box 4 in Race 6 over 725m. He found significant early trouble at Sandown last start over 595m, and never came into it after that.  Three starts ago, he led for a long way at Sandown over 715m in a Gr8 Eight race, and was only run down late, finishing third behind Blazing Cartier in 42.01.

The last time he raced at The Meadows was back on 18 April, when he came second over 600m from Box 8 behind True Detective, after leading most of the way.

“He always runs an honest race.  Whether he wins or runs second or third, his times are pretty much the same every time,” states Coleman.

“He had a few checks in his last few starts and was put out of the race quite quickly – but we’re hoping he can go well on Saturday.”