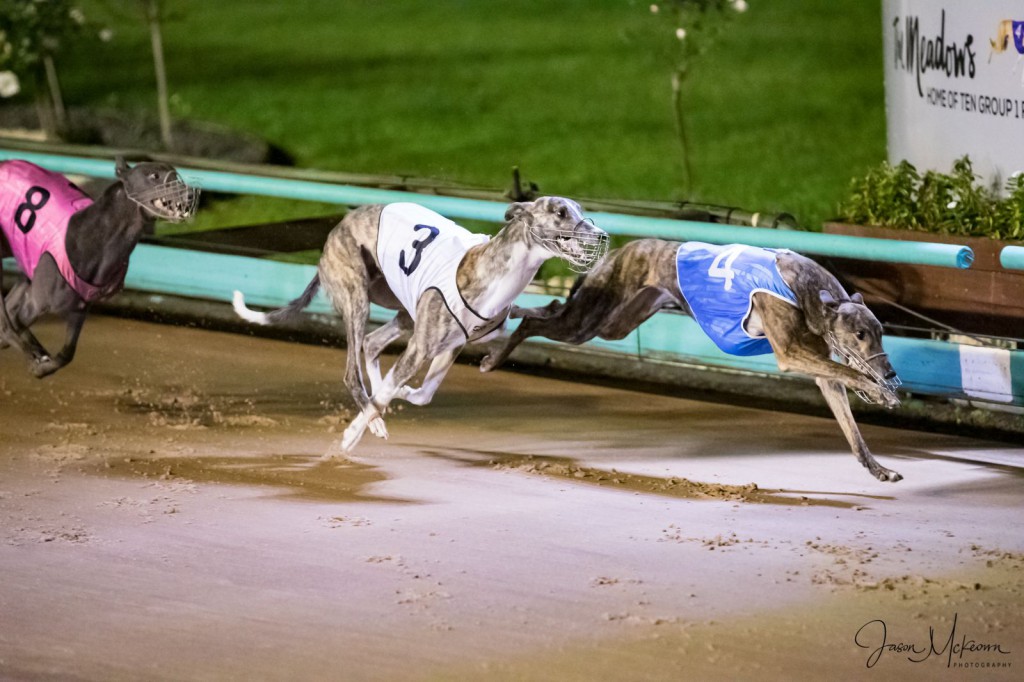 
It’s always nice to have two winning chances in a race.

Sixties Rocker is unbeaten from Box 1, and he comes up with the coveted red rug again on Saturday night. He finished well back here last week after finding early trouble, but he was brilliant winning in 34.53 the start prior off Box 2.

“He definitely needs the rail – their mother needed the rail as well. I think providing he gets out cleanly, and he can hunt up and hold his position into the first bend, he’ll be hard to run down. It’s all about the first 15m. He’s very strong,” says Robin.

His sister, Chart Topper, will jump from Box 5 in the same race. She steps up to the 600m trip for the first time, and has run some exceptional times over 515m at Sandown.

“She’s as good as him, but the draw won’t help; she’ll have to rely on luck. I’m sure she can run 600m as well – not a problem. Box 5 is statistically pretty horrendous.”

“She’ll be able to come into the race if they cross him early – it’s an insurance policy sort of thing!” laughs Robin.

The whole Kinloch Brae – Amelia Christa litter has been performing well at the track, with Party Lights winning again on Wednesday.