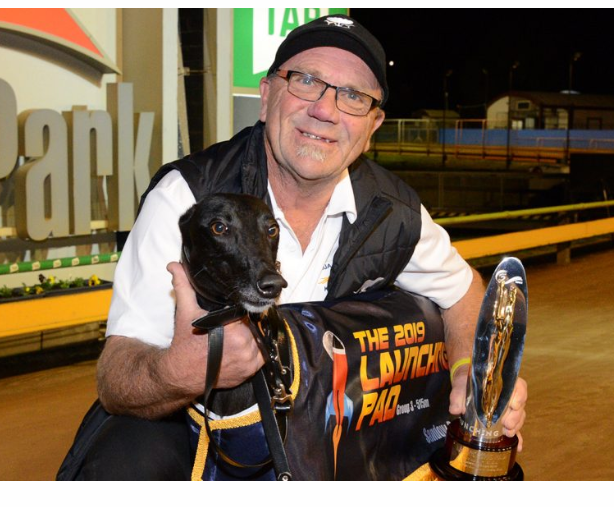 
Trainer Steven Bruce White heads to The Meadows on Saturday night with two chances, including 2019 Group 2 Launching Pad winner, Tauwitchere, who will line up in the GR8 Eight race.

She contested a Sandown Cup heat last start on 21 May and finished fifth, but reverts to the 600m trip on Saturday which looks ideal.

“I’m absolutely hoping she leads – she’s a better dog on the bunny.”

Steven also has Cha Cha Charlie lining up in Race 2, and he’s drawn Box 8. He stuck on gamely for second here last week in 30.23, and was a blistering 29.33 winner at Sandown last month, when he led throughout off Box 4.

“He has no luck with the box draws. He can get out of the boxes, but he doesn’t have that extra bit of zip, and he keeps drawing wide boxes and finding trouble. He’s probably a rough show from out there – I’d prefer him drawn inside.”

“He’s got about six litters on the ground, and about 10 to 12 bitches are due to whelp in the next six weeks. There have been straws going all over the country, and there’s frozen semen at all the major vets around the country,” says Steven.

“So far, he’s thrown every single colour there is, and they’re all big pups.”

“Sennachie still actually likes to be worked – he likes that environment. We gave him an ease up and he didn’t like it, so we put him back into minor work, and it’s working a treat for him,” says Steven.