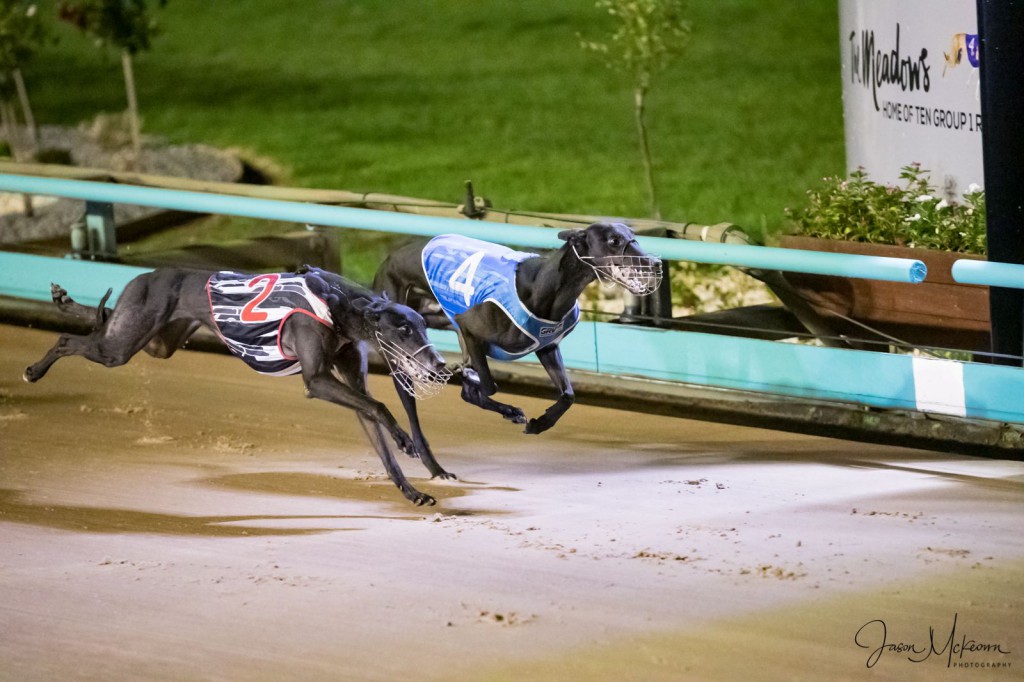 
Yuroke trainer Terry Reid heads to The Meadows on Wednesday with three each way chances.

In Race 5, Keefe comes up with Box 4.  His recent racing has been over 715m in strong company, and he reverts to 600m on Wednesday.  He was good enough to beat home Blazing Cartier here on 11 April in 42.97, and he looks like a must include on Wednesday.

“I think he’ll go really well.  He just needs to get a clear run in the first 50 metres, and has to find the rail,” says Terry.

In Race 9, former NSW chaser Lola Lovelace makes her Victorian debut, jumping from Box 6. She recorded the second quickest time of the year over 515m at Bulli last start when clocking 28.84 on 9 May, and is capable of winning from in front or from behind.

“She’s new to the track.  She’s probably suited to a big track, but she goes alright.  She’s trialled at The Meadows in around 30.30.”

Arlington comes up with Box 1 in Race 10.  He’s been lining up in some tough fields lately, but gets a winnable race on Wednesday.

“Unfortunately, Box 1 isn’t an advantage for him these days, because he plays up in the boxes. But all of my runners are a show if they have a bit of luck,” says Terry.