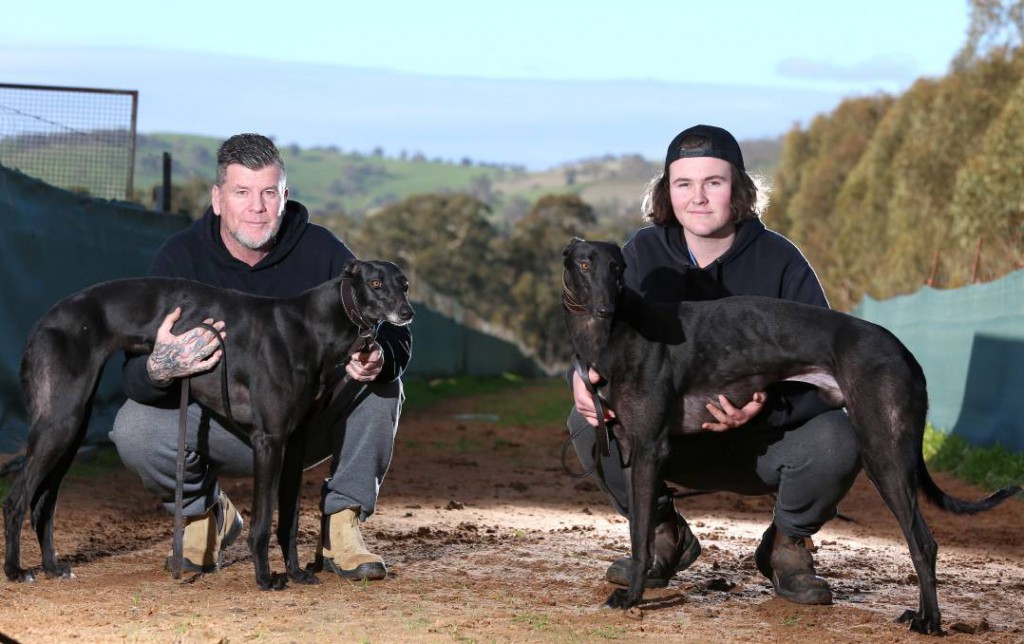 
On Saturday night at the Meadows, some quality animals will be racing, including Australian Cup finalist Last Hurrah, who lines up in Race 6 for Brett Nye.

“He’s well boxed – he’s won seven from seven from Box 2.  Fingers crossed he can get out and find the fence early,” says Brett.

In Race 2, Aston Valkyrie comes up with Box 1. He’s been racing with limited luck in his recent races, and looks a strong winning chance if he can get through the first bend cleanly.

“He likes to get off the track a bit, so Box 1 doesn’t really suit – but he’s still in with a chance, because the red box at The Meadows is a bit of a gift,” says Rodney.

“She muscled her way to the front last week which was great.  She’s only a newcomer to the team, and 600m will really suit her.  She’s another one that wants to get off the track, but she’ll be hard to beat if she finds a nice position.”

Kraken Lightning will jump from Box 2 in Race 8. She’s in terrific form, having won her past two races.  She scored here last start in 30.32, and actually beat home Black Opium on that occasion, who she will meet again on Saturday night.

“Let’s hope she can do it again!” laughs Rodney.