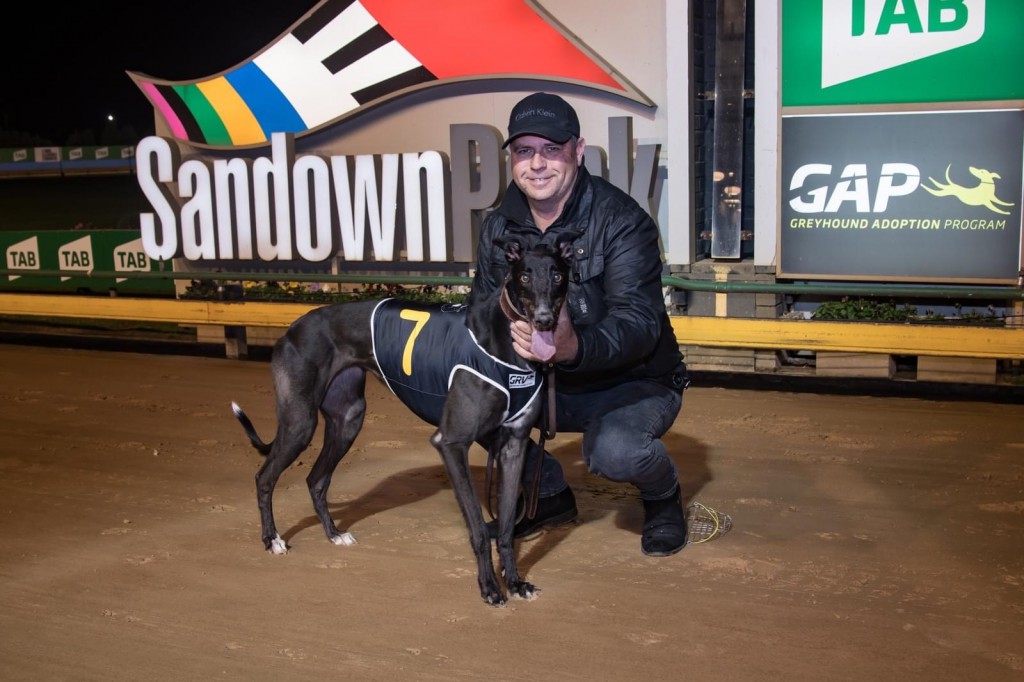 
Lara trainer Brendan Pursell heads to The Meadows on Saturday night with a number of chances, and he labels in-form Fancy Francene his best of the night.

She comes up with Box 1 in Race 10, and was good enough to place in 29.57 behind Halberd Bale at Sandown last week.

“She’s going really well.  All of her runs have been good since I’ve had her, and if she jumps to the front, she should be winning,” says Brendan.

In Race 1, Nenna Tears is first reserve.  She jumped straight to the lead off Box 8 at Sandown last Sunday and scored in 29.66, and looks to be a terrific winning chance if she gains a start.

“She surprised me last week winning in a good time after she got to the front.  Hopefully she can get a run,” says Brendan.

Saint Destructor has drawn Box 7 in Race 3, and his last couple of races have been over 715m at Sandown.  He only tired late last time, and drops back to 600m on Saturday.

“He was a bit disappointing last time.  He hadn’t been 100 percent since he had the virus, so I’ve worked him for another couple of weeks and put him in this on Saturday night.”

In Race 4, Larrakeyah Lady will be making her track debut at The Meadows, with all of her 11 race day starts so far having been at Sandown.

“She’s had a couple of trials at The Meadows.  She’s really honest, and she normally gets out and puts herself into the race.  This isn’t an easy field for her though.”

Shadows No More looks an excellent each-way chance in Race 5, after hitting the line strongly to narrowly win at Sandown last start in 34.64 over 595m.

“She’d had a few bad injuries before I got her.  She’s got a lot of ability, but she’s a bit of a headcase, so I stepped her up last time to see what she’d do.  I was pretty happy with her – it wasn’t a bad field, and she stuck on well for her first time over 600m.  She should only improve over the distance, and gets a good draw,” comments Brendan.

Midlife Crisis (pictured) has won two of her last three races, and lines up from Box 5 in Race 6 on Saturday night.

“She’s had three starts back from a hock injury.  If she gets out in front, she might be able to hold them off – but her last 50 metres is always her worst, and this isn’t an easy field, so she’ll need a lot to go her way.”