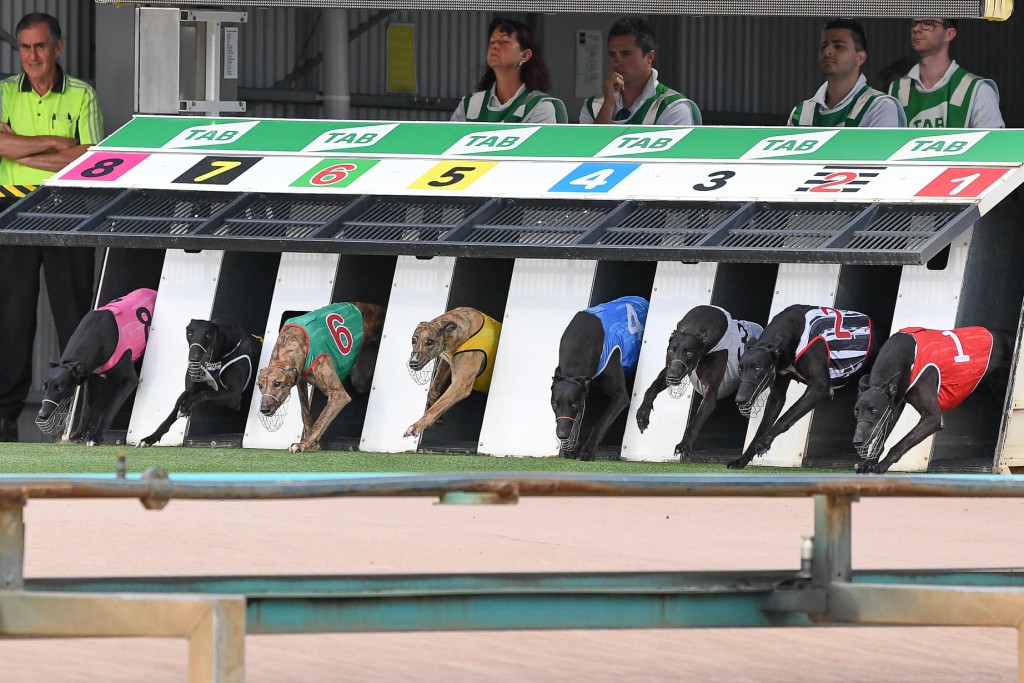 
Lara Trainer Craig Treherne heads to The Meadows on Wednesday with three runners, all of which look solid each-way chances.

In the opener, Craig has Wine Me Up jumping from Box 2.  The former New South Wales chaser made her Victorian debut here last start, when she got back early and finished the race off tidily for third.

“She’ll be some sort of a chance.  I was happy with her Victorian debut because her performances in New South Wales weren’t anything flash.  We think that she’s a 600 metre bitch, so this is a bit of a stepping stone.  She should hit the line solidly,” says Craig.

In Race 2, Statler is on debut for Craig. The son of High Earner and Jailbreak Lass hasn’t been sighted at any public trials, and comes up with Box 7 for his first race day outing.

“He’s out of a pretty handy litter.  He’s quite strong, and I expect that he’ll go alright tomorrow,” says Craig.

Finally, Do A Runner comes up with the red rug in Race 3.  She placed at Sandown in 30.07 last month from the same draw, and will be having her first look around The Meadows on Wednesday.

“I’d hope that she’d be a good chance on Wednesday.  I’m not sure if the inside is any advantage to her, but hopefully she’ll run a strong 500.  She has a bit of early pace, so she can hopefully lead around the first turn.”