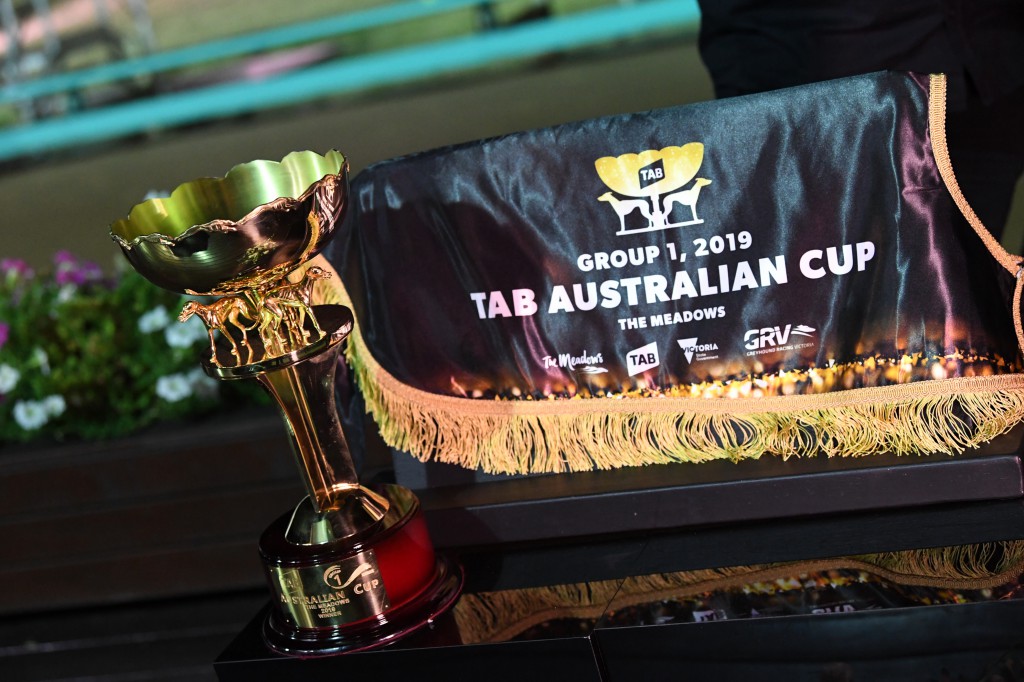 
Nominations closed yesterday for the 2020 edition of the TAB Australian Cup, with four Preliminaries to be run alongside the Group 1 Temlee, Rookie Rebel and Zoom Top at The Meadows this Saturday night.

A further 56 greyhounds, ranked the best amongst the nominations, will be placed directly into the Heats of the great race, to be run on Saturday night 22 Feburary.
Trainer Jeff Britton leads the charge for the record $300,000 first prize cheque with eight greyhounds amongst the top 56.

The 2020 Australian Cup Carnival kicks off this Saturday night with a huge kids night featuring a raft of free entertainment including Wild Action Animal Encounters, rides and visits from everyone’s favourite superheroes.

Please find below the full list of dogs who will go through into the Heats of the Australian Cup on February 22.