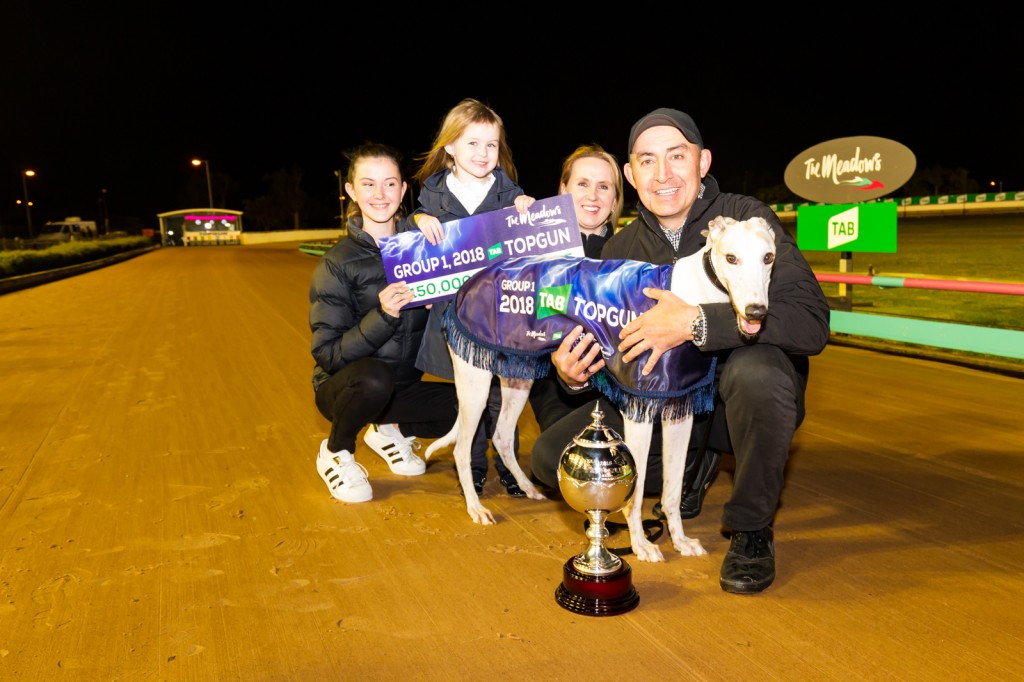 The Melbourne Greyhound Racing Association (MGRA) yesterday sent out invitations to nominate for the exclusive Group 1 TAB Topgun & Topgun Stayers events to be held at The Meadows on Saturday night 9 November.

‘Having always followed the Topgun races keenly from the racing peripheries, I’m honoured to this year be a part of orchestrating this prestigious event.

To receive an ‘invitation to nominate’ is in itself something that trainers should be very proud of as the Topgun panel carefully assesses the racing
crop – only inviting the best of the best.

I’m not looking forward to having to select the final field as I am certain based on this year’s initial invitation lists it will be a very difficult task indeed.’

The Group 1 TAB Topgun (525m) carries first place prizemoney of $150,000 and has been won by some outstanding sprinters over its 25-year history including boom sire Fernando Bale in 2015. Hooked On Scotch (Jason Thompson) will be guaranteed a start in the 525m Topgun should his connections wish to accept thanks to his victory in the Group 1 Adelaide Cup at Angle Park on Friday night.

For the first time in 2019, the TAB Topgun Stayers ($75,000 to the winner) will be a Group 1 event, having only recently received its Group status elevation.

Trainers who have received invitations to nominate are reminded that they must nominate with GRV prior to 12 noon on Thursday 24 October 2019.