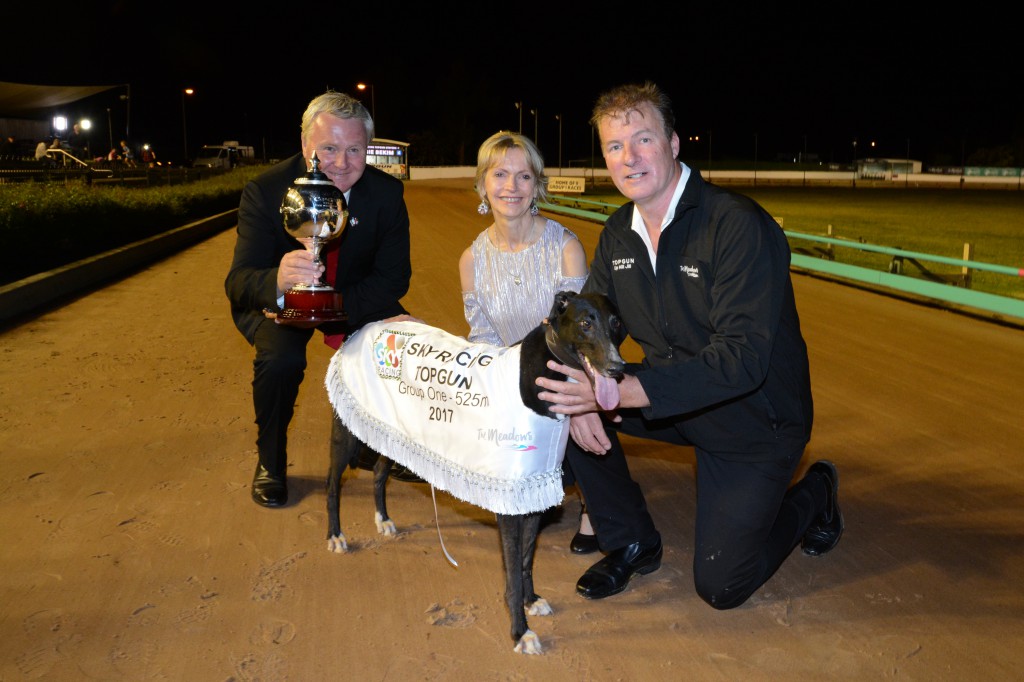 Jill for the Mill


Two huge slices of greyhound racing history beckon for defending TAB Topgun champion Up Hill Jill in Saturday night’s star-studded invitational showpiece at The Meadows.
Up Hill Jill gave Lara trainer, owner and breeder David Geall and his wife Rose their first triumph at Group 1 level when she blitzed her rivals in last year’s Topgun and the recently crowned 2017/18 Victorian Sprinter of the Year is now striving to become the first greyhound to win consecutive Topguns since the race’s introduction in 1993.

If she can overcome an awkward draw in four to claim the Topgun’s $150,000 winner’s purse, Geall’s homebred speedster will become only the fifth Australian greyhound to break the $1 million prizemoney barrier.
“It’s a great honour,” Geall said.
“I don’t know how many dogs have been selected in the Topgun field two years in a row but it’s very hard for dogs to remain competitive at Group 1 level for two years.
“It would be fitting and deserved if she makes it to the million because she’s run so many seconds in Group 1 and 2 races. She’s contested 18 Group finals and been in the money 16 times.”
Geall concedes that his 81-start veteran is no longer at the peak of her powers, having won just one of her last 12 starts.
But while retirement beckons – and the Topgun may prove to be her swansong – Geall remains upbeat about his once-in-a-lifetime sprinter’s prospects of bowing out in a blaze of glory.
“She might have lost two or three lengths over the last 30 metres but her first and second splits are still very quick,” said Geall.
“I’m happy with her form and even though box four is a bad draw I’m pretty confident she’ll be right there.
“We’d love to keep her going until the Melbourne Cup heats next month but if she doesn’t perform like we know she can in the Topgun she’ll be retired. I’m really confident she’ll lead on Saturday and if she does lead and doesn’t run in the first three I’d say that would be it.
“It’s been a great ride for Rose and I. Financially; it’s been life-changing because we also own her. It’s been so much fun training an elite dog.”
Geall also has the first reserve for the Topgun in My Redeemer, a Group 1-winning half-brother to Up Hill Jill, while another younger sibling, Emerald Rainbow, will contest the Group 2 Geelong Gold Cup Final on Friday night.

Can Up Hill Jill take out back-to-back Topgun finals?
< Previous
Next > 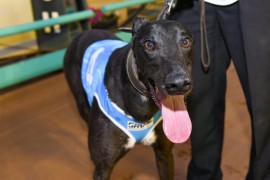 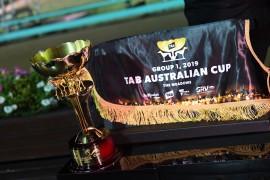 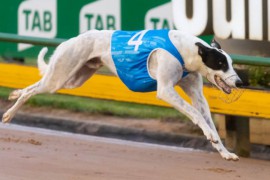 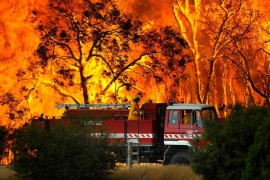