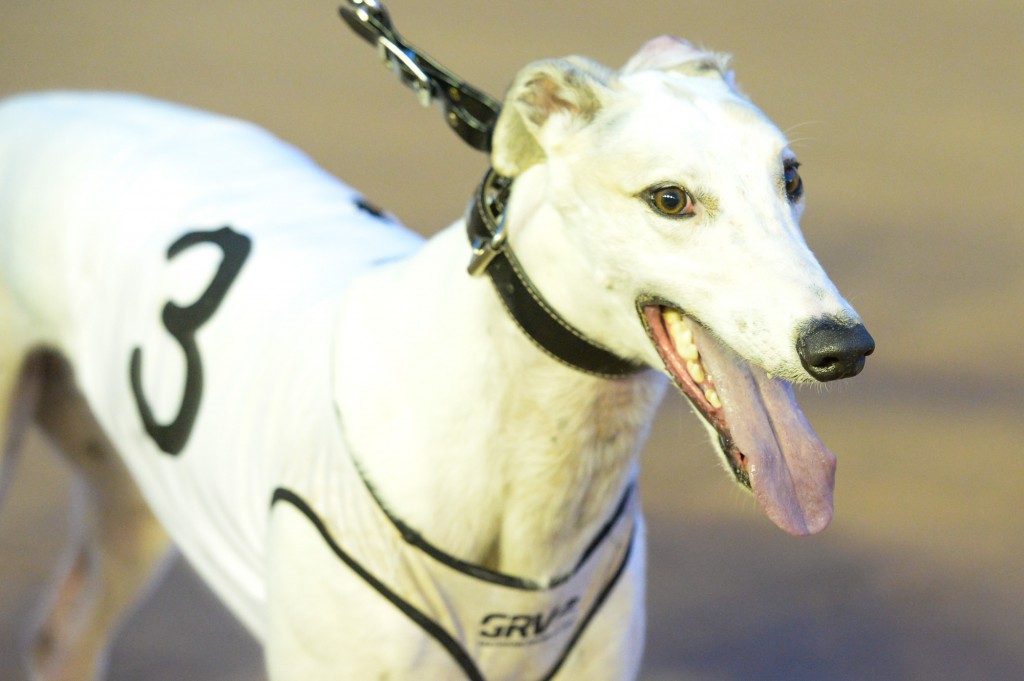 
The final fields for the Group 1 TAB Topgun and the Group 2 TAB Stayers Topgun have been released in what promises to be a huge night of racing at The Meadows on October 27.

Champion sprinter Up Hill Jill will attempt to become the first greyhound to win back-to-back Topguns after a stirring victory in  last year’s event. Victory this year will push the black chaser’s prizemoney to over $1 million, joining fellow seven-figure chasers Fanta Bale, Fernando Bale and Dyna Double One. Trainer David Geall also trains first emergency My Redeemer – a half brother to Up Hill Jill.

Peacedale trainer Seona Thompson will prepare two Topgun finalists, including recent Adelaide Cup winner Real Simple and Million Dollar Chase finalist Poke The Bear (pictured). Real Simple surged into Topgun contention after a brilliant Adelaide Cup victory, while Poke The Bear highlighted why he’s rated as one of the best chasers in the land with a Best of Night 29.66 victory at Wentworth Park.

Dyna Patty, West On Augie, Hecton Bale, Trouper Monelli and Hasten Slowly round off the six Topgun finalists out of champion chaser Fernando Bale, who won the race back in 2015.

The Group 2 TAB Stayers Topgun looks to be the most open in years after brothers Tornado Tears and Rippin’ Sam succumbed to injury before invites were sent out. Trainer Rob Britton will now go into the final with Barcali after the withdrawal of litter brother Benali.

Ebby Ripper will line up in her second Stayers Topgun after finishing fourth in last year’s version behind Bogie Bekim. The Michael Eberand-trained chaser will race in her 92nd start and 16th at Group level.

Billy’s Bake – now trained by Brett Bravo – will also race in consecutive Group 2 Stayers Topgun events – with the son of Barcia Bale and Evie’s Entity placed in the Group 3 Destini Fireball stayers behind Tornado Tears at The Meadows.

Dyna Chaser – a greyhound with a fantastic record at The Meadows – will be looking to give trainer Correy Grenfell has first Group win as a trainer.

The box draw for both finals will take place this Saturday on track, and will be streamed live on Facebook.