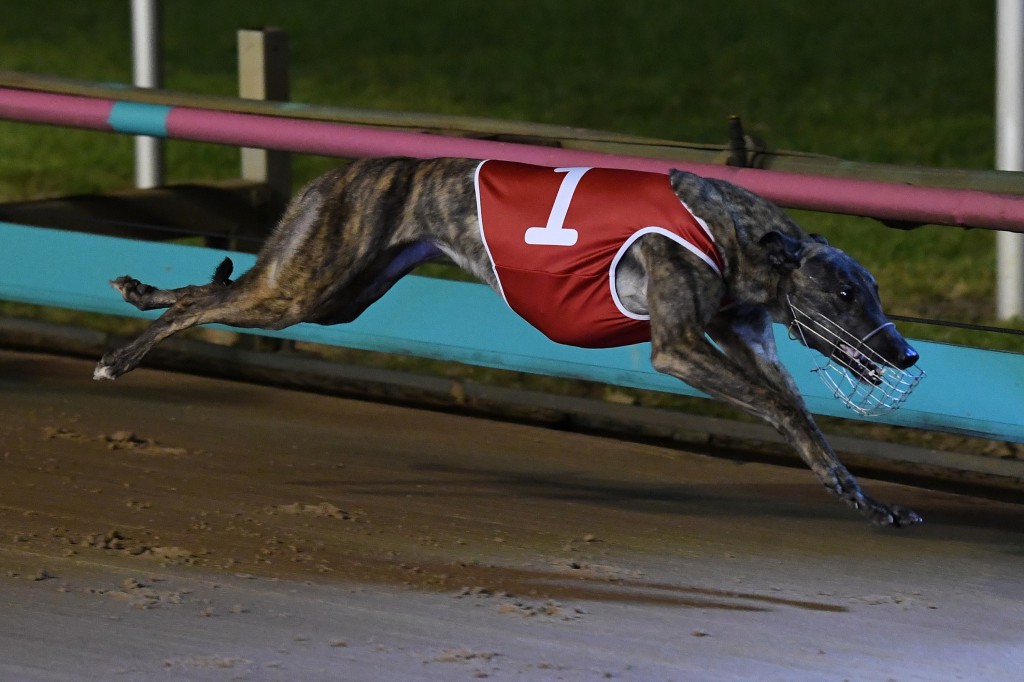 
Dyna Patty has been installed a $2.50 favourite to take out this year’s Group 1 Maturity Classic (525m) at The Meadows after drawing the coveted red alley in Saturday night’s $100,000-to-the-winner final.

The daughter of Fernando Bale and Unix Bale used box one beautifully in her outstanding 29.80 semi-final victory, tracking early leader Blue Hunter before unleashing a powerful burst to qualify for the fourth Group final of her career. Trained by Andrea Dailly, the brindle chaser has won four races at The Meadows, smashing the 30-second barrier in each of those victories, and is the only female to qualify for this year’s Maturity Classic.

Husband and wife training duo Brooke and Jamie Ennis go into the final with a two-pronged attack after impressive victories from Barooga Brett and Tritt Tritt.

Barooga Brett kicked off proceedings with a gutsy 30.31 win over Aston Duke and Black Forge in heat two, surging clear in the final stages to qualify for the first Group final of his career. The son of Barcia Bale and Destini Gold will start from box four in Saturday’s final. The Ennis’ second runner – Tritt Tritt – will hold extra special meaning for the Lara trainers seeing the black chaser is sired by their former star chaser My Bro Fabio. The Matthew Sheahan-owned chaser was last on the first corner before showing his customary finishing burst, racing away to score by over five lengths in 29.97. Tritt Tritt will start from box two – a draw he has a terrific record from, winning five and placing in another two from seven starts.

The other semi final winner was the brilliant Orson Allen (KC And All – Desalle Bale), who made it nine wins from 15 career starts in an all-the-way 29.86 win – just .05 outside his fantastic PB, which he achieved when winning on debut. The fawn chaser will be looking to give trainer Correy Grenfell his first success at Group 1 level.

The Maturity Classic was first held at Olympic Park in 1970 when won by Phantom’s Heir, and has since built up an honour roll that includes the likes of Brett Lee, Barcia Bale, Fernando Bale and last year’s winner Mepunga Blazer.

Maturity night at The Meadows

Maturity odds thanks to TAB

Tritt Tritt goes from first to last to win the last semi final of the Maturity. Dyna Patty storms into the Maturity final with a 29.80 semi final win.
< Previous
Next >