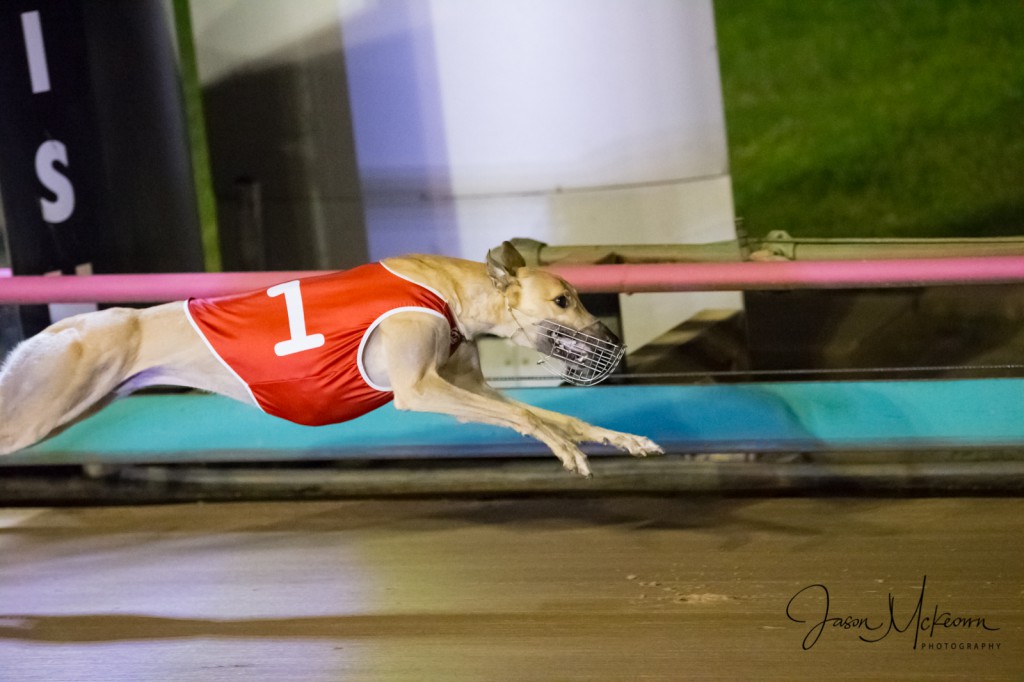 
The best young sprinters in the land will converge upon The Meadows this Saturday night for the start of the three-week $145,000 Group 1 Maturity Series (525m) at The Meadows.

Saturday’s entire card is made up of heats, with winners, seconds and the eight fastest thirds to progress to Saturday week’s semi final stage. The final – to be run on July 28 – is worth $100,000 to the winner.

Two sons of former Maturity champion Fernando Bale look to be the greyhounds to beat during the series, including Group 1 Harrison Dawson winner My Redeemer and boom West Australian-chaser West On Augie (pictured) – a Group 2 WA Derby winner with an incredible 29.40PB at Cannington.

Heat one: Speedy Group 1 Futurity runner-up Slightshot Gypsy (box seven) goes up against the in-form Azkaban (box six) and classy chaser Barooga Brett (box four), who stopped the clock at 29.94 in a Meadows win on May 12.

Heat three: The brilliant Orson Allen (box three) already boasts a 29.81PB at The Meadows and will be hard to catch. He takes on accomplished sprinter Fernando Express (box eight) and impressive youngster Deliver (box six), who is yet to miss a top-two finish from seven starts.

Heat four: Aston Duke (box eight) is fresh off a sixth in the Group 2 Bendigo Cup and will be the greyhound to beat in heat four. The speedy Alpha Venus (box one) looks a threat from the red draw.

Heat five: West On Augie is clearly one of the fastest chasers in the land when looking at his fabulous Cannington record and he did trial solidly here last week. Italian Plastic (box one) can show some speed and was recently placed in a heat of the Bendigo Cup.

Heat six: Hasten Slowly (box two) has been in great form of late, winning the Group 3 Flying Amy Classic at Albion Park before finishing second behind Jury in last week’s Group 1 Winter Cup. Percy’s Empire (box five) has won five of his seven race starts at The Meadows, including a top 29.86PB.

Heat seven: The brilliant Dyna Patty will look to end a three-race losing streak after drawing box eight. The brindle star has run 29.75 at The Meadows and will battle it out against classy NSW chaser Ella Enchanted (box one) and Major Riot (box six) – a recent 24.93 winner at Shepparton.

Heat eight: My Redeemer (box three) is widely regarded as one of the best chasers in the land and starts another campaign to claim his second Group 1 race. Mepunga Pride (box one) used that draw to score impressively at Sandown recently.

Heat nine: Uno Fabio (box seven) is a chaser with a fantastic strike rate of 10 wins from 17 starts and looks the greyhound to beat in this despite dropping back from middle distance racing over the last month.

Heat 10: Benali (box one) drops back to the sprint distance after a successful stint over the half-mile trip in Group company recently. He takes on the highly-talented Dyna Oscar (box six) and last start Sandown winner Striking Weetix (box eight).

Heat 12: The last heat of the night sees Group 2 Launching Pad runner-up Chief’s Sidekick (box four) go up against Queensland-bred chaser Ash Star, who has a 29.82PB at the Broadmeadows circuit.