Irish greyhound Flying Flyer is making her Australian debut at The Meadows this afternoon over the 600-metre distance for Team Dailly.

The daughter of Droopys Can and Delightful Flyer was purchased by the Dailly’s as a breeding prospect because of her royal lines.

“Flying Flyer is from Pat Dalton’s famous line. She stared off her career in Ireland really well and they were willing to sell her at a reasonable price,” owner and co-trainer George Dailly said.

A winner of six races and 10 minor placings in Ireland, Flying Flyer has shown the Dailly’s enough during her trials for her to race in Victoria.

“So far, she has adapted well to our style of racing and it will be interesting to see how she performs over here in a race,” Dailly said.

Flying Flyer will jump from box three in race eight at The Meadows at 2.15pm this afternoon.

About Molly Haines - Communication Assistant at Greyhound Racing Victoria with 16 years of experience working with greyhounds in all capacities. View all posts 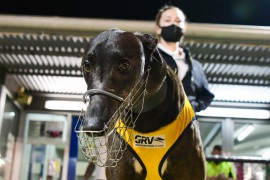 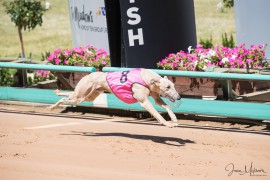 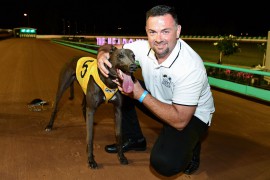 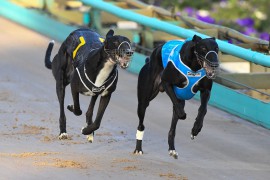