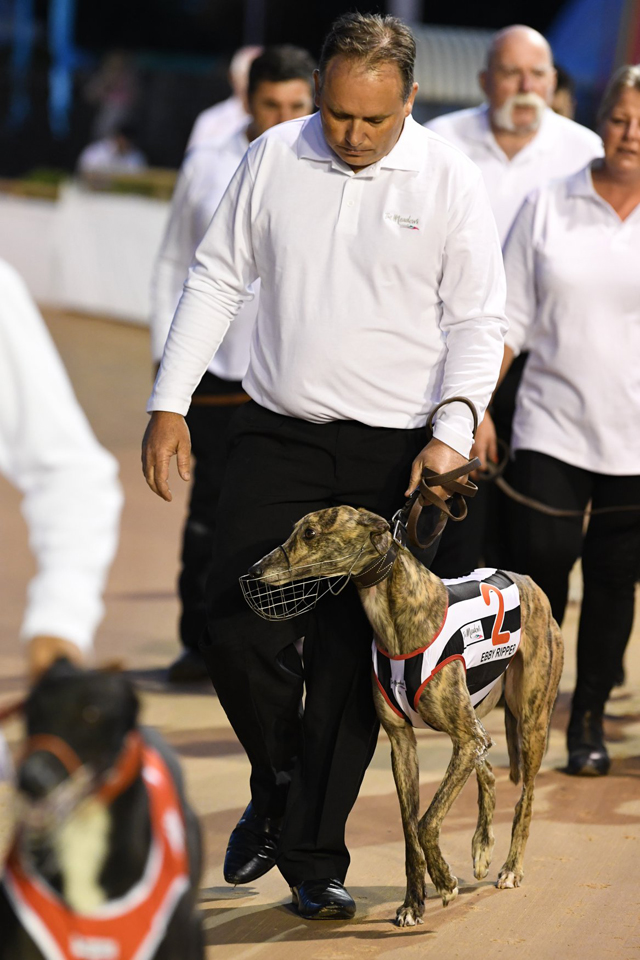 
Who would have though children’s soccer would create a friendship that would span more than 10 years and make more than $150,000 and counting.

Ebby Ripper is a winner of 19 races (25 placings) from 66 starts and she has co-owner Michael Nixon pinching himself.

“I feel so unbelievably lucky to be a part of this journey with Michael (Eberand),” co-owner Michael Nixon said.

“Ebby Ripper is the second dog I have had shares in and it is a little bit sad that I was able to experience this thrill at the start of my involvement in greyhound racing because it probably won’t happen again.”

The daughter of Sh Avatar and Ebby Miss’s journey has taken Eberand and Nixon from Gosford to Maitland, to The Gardens to Wentworth Park as well as The Meadows and Sandown Park.

Ebby Ripper has contended 10 group races over the staying journey but has been unable to snag a group win which is understandable when you see the company Ebby Ripper has been competing in – Burn One Down and Fanta Bale to name a few.

“I never thought that attending group races would be a common occurrence for me,” Nixon said.

“I have been lucky enough to travel with Michael and Ebby Ripper so we are able to share the driving on the long journeys.”

Eberand, Nixon and Ebby Ripper have another big journey on their hands on Saturday as they back up efforts at The Meadows after a sixth placing in the Group One invitation Zoom Top, with a heat of the Super Stayers.

“I love being involved in racing here in Victoria, the atmosphere at the big events is unbelievable.”

Ebby Ripper will jump from box one in the first of two heats of the Group One Super Stayers on Saturday night, competing against Victorian star Fanta Bale for the sixth time in their career.

“Fanta Bale is one amazing dog and she is trained by one of the nicest guys in greyhounds. Robby (Britton) always has the time to talk to you and it is something that I love about it all. I have got to meet some of the legendary trainers of our sport and they always have time for you, it’s great,” Nixon said.

“I like to think every week that Ebby Ripper can win, we know how talented she is, but she also makes it hard for herself.”

Ebby Ripper has made herself know around Australia for her exciting, or even frustrating, last to first style of running and her first start at Sandown was a great example of this.

WATCH: Ebby Ripper win her first start on Victorian soil from box six at The Meadows.

“I really didn’t give her a chance, she was so far behind, but she did it and it was unbelievable.”

In race four on Saturday night at The Meadows, Nixon believes that Ebby Ripper will have to put her best paw forward and utilise box one if she is going to earn a rug in the Group One Super Stayers.

“If she sticks to the rails and finds herself mid-pack, she is in with every chance because she is so strong.”

Fanta Bale is currently the $1.40 TAB favourite to win heat one of the Super Stayers, with Ebby Ripper the fourth elect paying $9.

About Molly Haines - Communication Assistant at Greyhound Racing Victoria with 16 years of experience working with greyhounds in all capacities. View all posts 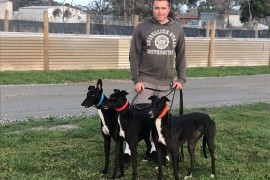