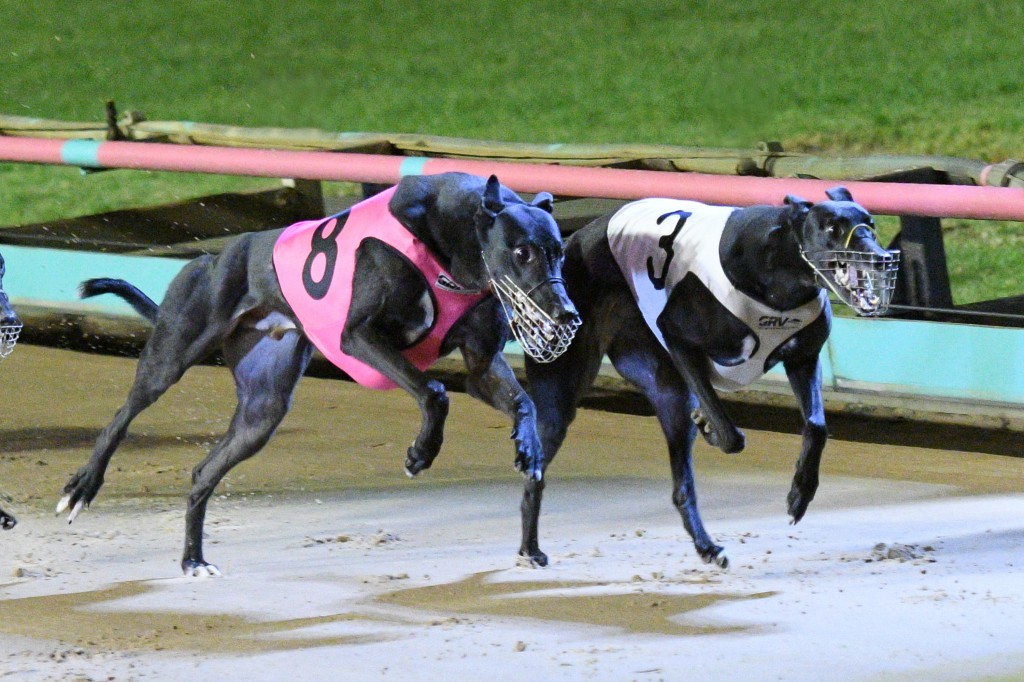 
The brilliance of Fanta Bale was again on show at The Meadows after an all-the-way victory in Saturday’s Group 3 TopCat Video Cup (725m), holding off a gallant Burn One Down in 42.53.

The daughter of David Bale and Ucme Typhoon showed her customary dash from the boxes to find the front, with Burn One Down in an ominous position with a lap to go. Showing all of her grit and ability, the Robert Britton-trained chaser pulled out all the stops to hold off Burn One Down by under half a length to claim the seventh Group race of her career, pushing her prizemoney to $933,365. Cadalora, who caught the eye with a great placing in last week’s heats, finished third behind the two champions.

The victory was the 31st of Fanta Bale’s career and fourth on the trot in a career that continues to amaze.

The Group racing will continue this month at The Meadows, with the Group 1 Sky Racing Topgun and Topgun Stayers set down for October 28.