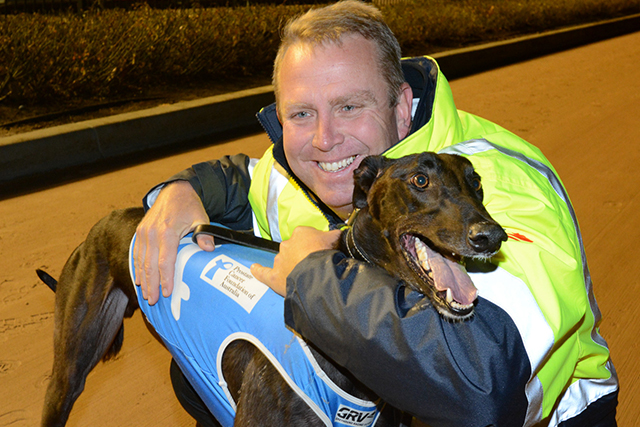 Fast Times – one of five youngsters in the final by Australia’s leading sire Barcia Bale – sat behind early leader Aston Dinnigan before powering home to win the third semi-final in 30.14. One race later, Brett bought up the double as Opal Nera won the speed battle in the run to the first corner, holding off a late challenge from Trixta Rox to get home in 30.20.

Brett is no stranger to winning Group 1 races at The Meadows, steering Bogie Leigh to victory in The Meadows’ flagship race – the Australian Cup – in 2004 and Black Enforcer in a Topgun success in 2005. However, he’s hoping his recent luck in Group 1 finals at The Meadows will change, after his star chaser Thirty Talks led in January’s Group 1 Silver Chief final before going amiss down the back straight.

His main rival will be Mepunga Blazer, who set The Meadows alight with a commanding 29.63 semi-final win after amazing splits of 5.04 and 17.48 – the second fastest second split this year behind Lightning Frank’s effort in a  heat of the Australian Cup. The Jeff Britton-trained chaser was the only greyhound in the semi-final stage to break 30 seconds, but will have to contend with the awkward draw of six in the weekend’s $100,000-to-the-winner final.

The semis got off to a rocky start for punters after Dyna Jerry got up at the odds of $50.30 on SuperTAB after a fast 4.99 set up his 30.23 victory over the fast finishing Shadale.

Next Saturday’s bumper program will also see the running of the Group 3 Destini Fireball Stayers final, where champion stayer Burn One Down will start a short-priced favourite despite going down to the in-form Billy’s Bake in the second of the weekend’s heats. Mick’s Angel gave trainer Allan Meyer his first Group finalist after a fantastic last-to-first win in the opening heat of the series. The daughter of Kilty Lad and Seabrook Lass will start from box eight in the $25,000-to-the-winner final. 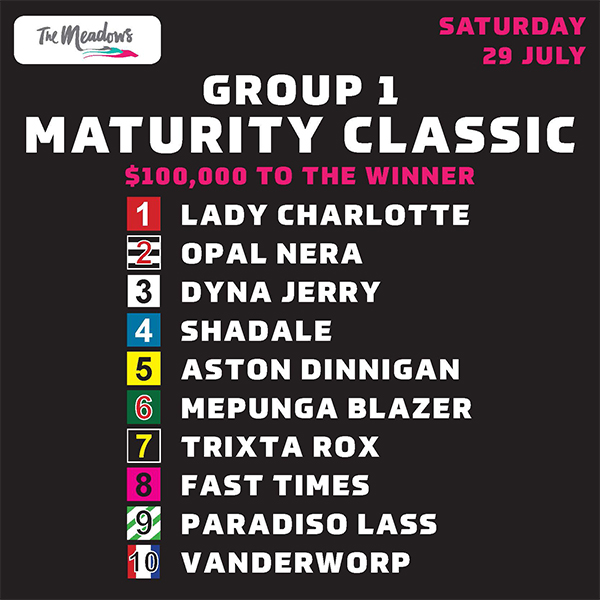 Mepunga Blazer sizzles away to score in 29.63 – a new PB at the track.