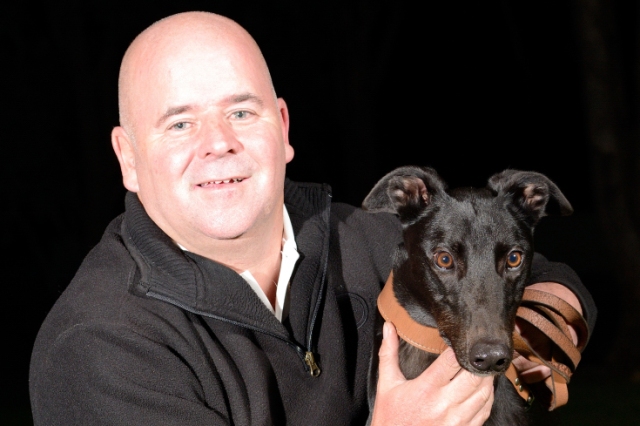 INSIDE MAIL: Topgun trainers have their say


Pantera Nera (pictured with trainer Gavin Burke) continues to firm in betting ahead of tonight’s $215,000 Group 1 Sky Racing Topgun (525m) at The Meadows, being backed from $6.50 into $3.50 second favouritism behind Zambora Brockie ($3.40).
Here’s the inside word from every trainer ahead of tonight’s big race.


1. PANTERA NERA
TRAINER GAVIN BURKE SAYS: “I am stoked with the box draw and he’ll have no excuses having fully recovered from a virus a few weeks ago. Aston Bolero tends to run toward the middle of the track and so does Worm Burner, so Pantera Nera should get a dream rails run. He is a brilliant beginner and if he can open up a three or four length buffer he’ll be very tough to beat”

2. ASTON BOLERO
TRAINER JASON THOMPSON SAYS: “He is super consistent and is a very good beginner. He will need to lead to be any chance of winning. Looking at the box draw I would expect Aston Bolero or Pantera Nera to lead into the first corner. Aston Bolero won an Australian Cup heat at The Meadows, and he has proven himself in big races on the country circuit.”

3. WORM BURNER
TRAINER CAMERON BUTCHER SAYS: “His chances will hinge on how he handles the travel to Melbourne from South Australia, but he has raced at The Meadows before which will help his cause. He’s not the quickest out of the boxes but if he can get around the first turn without any interference and is within two or three lengths of the leaders, the whole of South Australia will be cheering him home.”

4. AQUA CHEETAH
TRAINER JASON THOMPSON SAYS: “With the Topgun field being selected by a panel not every greyhound in this race is necessarily in the best form of their career. With that in mind, Aqua Cheetah’s recent form is very good having just won the Adelaide Cup, so that’s something in his favour. He began very well in the Adelaide Cup and he will need to do so again because box four is not a great draw.”

5. LET IT DEVELOP
TRAINER ANTHONY AZZOPARDI SAYS: “He has plenty of early speed and he is a genuine iron dog who always gives his all. After exiting the boxes he heads right ever so slightly, while Zambora Brockie heads left, so I’ll have my fingers crossed that my two greyhounds stay out of each other’s way. He is a great chance to run a place at the very least.”

6. ZAMBORA BROCKIE
TRAINER ANTHONY AZZOPARDI SAYS: “He is at the peak of his powers right now. He has been freshened up nicely after a minor injury and I expect him to begin well. If he hits the front it will take something special to catch him. I’ve never had a greyhound that is so focussed on what has to do when he is at the racetrack. He is an absolute professional.”

7. UNLAWFUL ENTRY
TRAINER BRETT BRAVO SAYS: “He has missed two months of racing after having a spur removed from his tarsal bone so he enters the Topgun nice and fresh. He trialled at Bendigo recently and ran as good as I could ever have hoped. I expect Zambora Brockie to begin well and head to the rail, which should give Unlawful Entry a perfect cart into the race.”

8. DUNDEE OSPREY
TRAINER GEOFF SCOTT-SMITH SAYS: “Most of the early speed is drawn on the inside of the track, so he’ll have a huge task to keep in touch with the leaders. He has matured into a really nice race dog who powers home in the last 200 metres. Based on his previous runs, if he is within four or five lengths at the half way point he is in with a real show.”
.