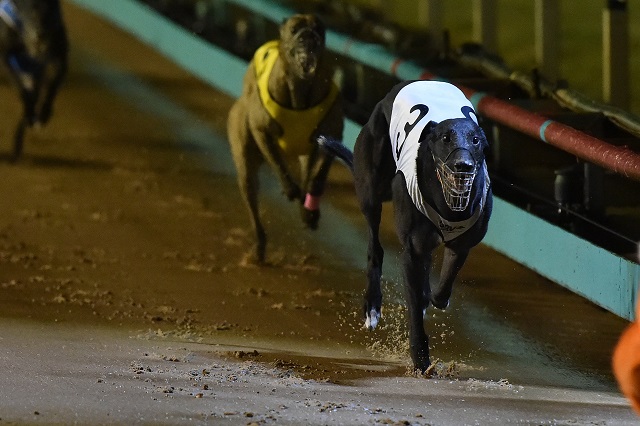 
Burn One Down lived up to his $1.30 favourtism with an outstanding come from behind win in the Group 2 Sky Racing Stayers Topgun (725m) tonight.

Seona Thompson, wife of champion trainer Jason Thompson, said Burn One Down is the best stayer their team has ever had after he took out the $108,000 race.

“We haven’t had a lot of stayers over the years but he is the best we’ve had. We had Proven Lethal, who was very good, but Burn One Down is very special,” Seona said.

“He’s got the perfect nature away from the racetrack, but when it comes to racing he is a machine.”

“He does everything right. He is so clever in a field, as he showed tonight. He can go inside or outside other dogs, he’s just so smart. And he’s so quick. He’s virtually flawless.”

Burn One Down, bred by David Pringle and owned by Danielle Pringle, defeated Ring The Bell and Come On Fantasy in 42.279sec to claim the $75,000 first prize.

Placegetters Come On Fantasy with Joe Borg, Burn One Down with Jason Thompson and Ring The Bell with Gerard O’Keefe. 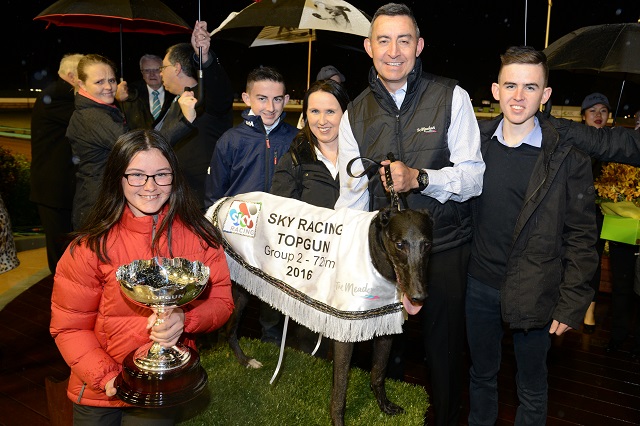 Burn One Down with trainer Seona and Jason Thompson, along with children Holly, Luke and Ben.