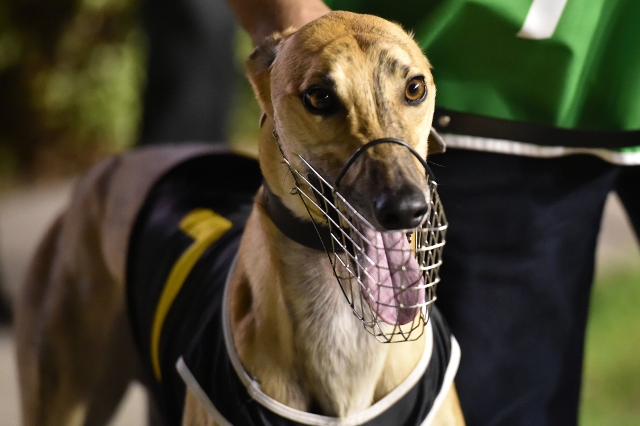 
Some of the more fancied runners have drawn well in Saturday’s huge meeting at The Meadows, including the running of the Group 1 Temlee, Rookie Rebel and Zoom Top, heralding the start of the $1.2 million Australian Cup Carnival.

The son of Barcia Bale will be looking to recapture his brilliant 8.87 split to the first mark during his track record run in order to hold a solid position in the run to the first corner. Victory on Saturday would see Dyna Double One become only the third Australian greyhound to win over $900,000 in prizemoney.

His opposition include Group 1 Hume Cup runner-up Xtreme Knocka, who has finished in the top three on eight occasions from nine attempts over the middle distance.

The eight finalists have combined to win over $1.6 million in prizemoney.

New staying sensation No Donuts has also been well served by the box draw after coming up with the coveted red box in the $110,000 Group 1 Zoom Top. The son of Fabregas and Chevy Princess has been in sensational form of late, winning nine of his last 11 starts, including the Group 1 Sale Cup and the Group 2 Summer Plate at Wentworth Park, breaking the magical 42-second barrier in the process. His catch-me-if-you-can racing style will certainly give his opponents something to chase next weekend.

The $145,000 Group 1 Temlee looks one of the most open in years, with Group 1 Hobart Thousand winner Unlawful Entry drawing box one in the invitation-only final. The son of Knocka Norris and She Ain’t Late has a fantastic record from inside draws despite being known as a noted wide runner. His last two starts off box one have yielded a 29.29 win at Sandown in the Melbourne Cup Sprint and a 25.25 win in a heat of the Ballarat Cup.

The speed will be on in the run to the first corner with up to six greyhounds capable of fast first splits, including Shared Equity, whose last win at The Meadows (29.83) yielded a 4.98 first split, just over a length outside Fernando Bale’s sectional record.

The outstanding February 20 meeting will also see the running of preliminaries of the Group 1 Australian Cup, with winners to progress to the Australian Cup heats on February 27.

What’s on for our massive February 20 meeting? Click here

Who will win the Group 1 Australian Cup?