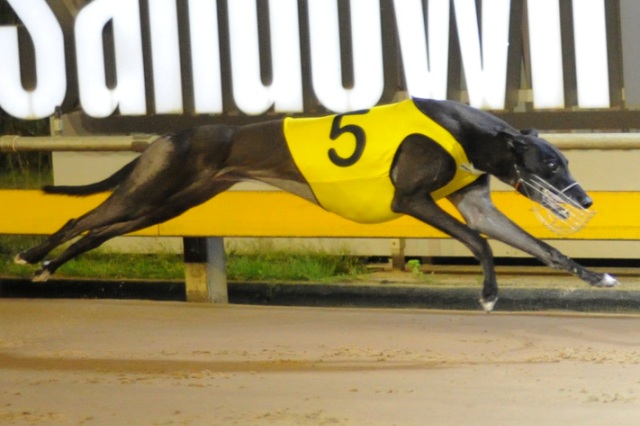 The Meadows Saturday: Can Double make it a Treble?


The Meadows lights up this Saturday night one week away from the Group 1 triple header to open the $1.3 Million Australian Cup Carnival.

The first on the card is set to kick off at 7.18pm and I’m pretty keen on Bopa Allen, after she wound up narrowly beaten here at the midweek meeting on Wednesday. Drawn to lead, there’s no doubting she’ll take some catching.

After two consecutive metro track records over the middle trip, Dyna Double One (pictured – courtesy Paul Munt) steps out again over the 600m at The Meadows in the sixth race of the night. Since making the much anticipated step up in distance he hasn’t placed a paw wrong throughout both his slashing performances. I feel Snakebite Bale is the only greyhound in the race that boasts a similar type of X Factor and hence I like him to wind up in the quinella spot.

In the fast class sprint (R8) I’m keen on Sisco Rage after he was desperately unlucky at a vital stage in his last start Sandown Park placing (Replay). He’s a model of consistency and once again he looks a genuine each way chance.

If you get to the last race of the night and you’re looking for a get out, Alpha Demeter looks the way to go. She has produced some terrific acceleration in her past few outings and with the aid of the inside box I think she can lead them a merry dance and hopefully send the punters home cheering!