The Meadows is pleased to announce the appointment of Ray Bartolo to the Melbourne Greyhound Racing Association’s Board.

MGRA Chairman Eddie Caruana announced that Directors unanumiously agreed to co-opt Ray Bartolo onto the MGRA Board, filling the position created by Peita Elkhorne who was appointed to the GRV board.

“We are very excited to get a person with Ray’s expertise to the Board, which includes over 25 years of experience in greyhound racing and a strong passion regarding the welfare and security of the sport.”

Bartolo – a PhD who has held positions in scientific laboratories working on diseases such as cystic fibrosis and cancer - announced that he is looking forward to joining The Meadows – the home of nine Group 1 races.

“I am thrilled to be joining the committee of the Melbourne Greyhound Racing Association. It’s an organisation that I personally hold in high regard as I believe it is the premier greyhound racing club in Australia, and by extension the world.  I look forward to the working with the MGRA through any challenges the club faces now and into the future.”

“I have been involved in greyhound racing for around 26 years, and have a strong interest in the breeding and rearing of my own greyhounds.  I have three young children who all enjoy greyhound racing and the interactions we have with our greyhounds from when they are born to when they finally hit the race track.  My biggest thrill in greyhound racing was being behind the boxes when Betty’s Angel won the Melbourne Cup.”
“I have had experience with ethical and welfare issues with the use of animals in research and I was part of GRV’s animal welfare advisory committee. I have also helped the GOTBA in dealing with various issues raised by industry participants and I have a strong commitment to welfare issues racing the industry.” 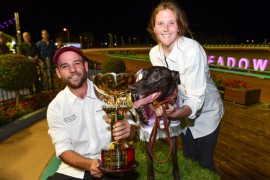 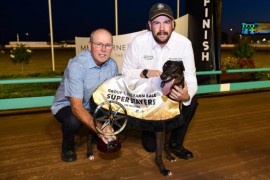