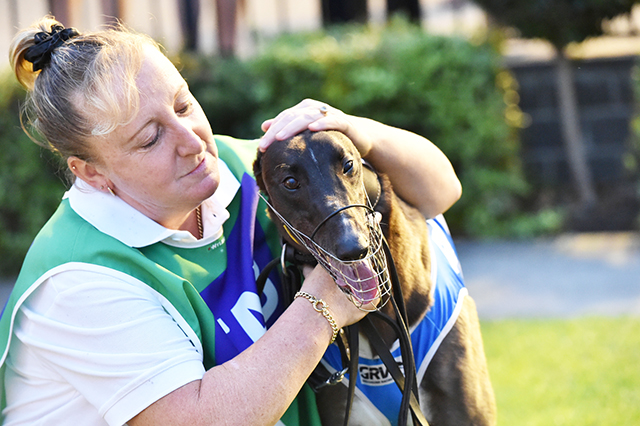 THE MEADOWS PREVIEW: Young Talent Time to kick off Proceedings


Punting begins as soon as the meeting kicks off on Saturday night as Bopa Allen exits box one in the first from The Meadows at 7.12pm.

This young talent produced smart sections on the way to her slippery 30.17 maiden victory two starts ago (Replay) and if she can repeat that here, she will go so very close to winning.

There appears to be plenty of handy races on paper with an even array of depth throughout the night and after a smart win in 34.12 at Sandown Park (Replay), as well as a handy third behind Secret Spell in a Cranbourne Cup heat, Ima Misha Doll looks set to excel in the third race.

She stepped up to the 595m once again and produced a near career best performance two starts back and I feel she races best when she can find the initial lead, hence the middle distance racing seems to suit her (not as much pace as a sprint race). She looks set to fire into the early lead and if she can do that, I think she’ll win.

The seventh event on the program carries a winner’s purse of $12,000 for fifth grade middle distance chasers who qualified last week. The race appears really open with plenty of chances but I’d be placing a small each bet on Zigstar (pictured with handler Michelle Mallia-Magri) after he found the line well when placed in his heat (Replay).

As the meeting draws toward a close, Lyka Allen looks set to rack up back to back wins within four days in the ninth event after this speedy youngster drew the three alley. With the ability to reel of fast sections, she should control the fifth grade event throughout.

The lucky last of 12 will zip off at 11.05pm so once again Its good luck and happy punting….a don’t forget to tune in to the Cranbourne Cup at 8:22pm as well!

WATCH: Zigstar (5) runs an excellent placing behind the classy Lithgow Panther at The Meadows last weekend.
< Previous
Next >