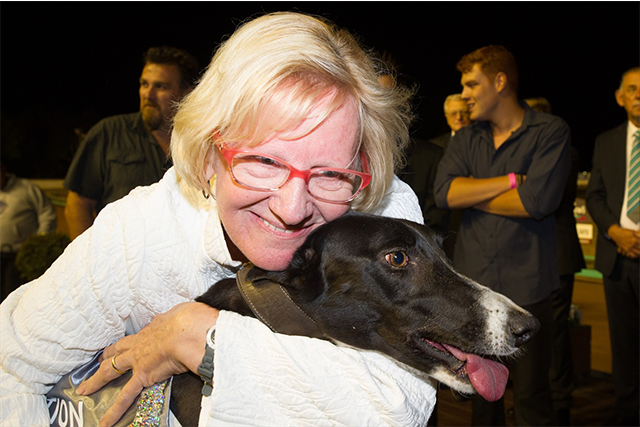 
Midwinter, the rank outsider of the field at $41, has taken out the first Group 1 final of 2016 with a super victory in the $145,000 AJS Corporation Silver Chief for trainer Andy Stewart.

Settling in a handy position with a lap to go behind early leader Harlon and Marley Bale, the son of Cosmic Rumble and Tania Two Shoes showed his customary finishing burst, overpowering his rivals to score in 29.99 to the raptures of the Stewart family, who cheered on trackside.

It was the first Group 1 victory for trainer Andy Stewart, who admitted that the greyhound was not even going to take his place in the black-type classic.

“We weren’t even going to put the greyhound in the series because he is more suited over 600 metres, but we decided to give it a go and here we are.”

“We bred Midwinter and we chose Cosmic Rumble to use as a sire after watching him win the Golden Easter Egg where he showed lots of strength, just like Midwinter does.”

The black chaser improved his record to eight wins from 24 starts, with his prizemoney now standing at $117,015.