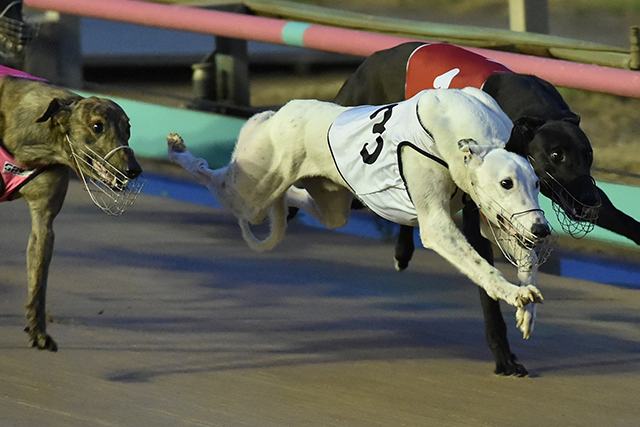 
The $145,000 Group 1 AJS Corporation Silver Chief has been thrown wide open after a number of big names crashed out of the series, which progresses to the semi-final stage on Boxing Day at The Meadows.

But it wasn’t all doom and gloom for some of the country’s best young male greyhounds, with young gun Cutting Edge (box one) drawing beautifully in next week’s semis after a dominant 29.87 heat victory on Saturday. The son of Barcia Bale and Chasin’ The Dream has now won nine of his 11 starts, which has included a dazzling 29.74 at The Meadows on October 14.

Time honours for the night went to Mystery Ride, who led from go to whoa to score in a sizzling 29.77. The son of Hot Grille and Space Power will have to overcome  box six in the first semi final next week next Saturday.

The winners and runners up from next week’s four semi finals will progress to the Group 1 final worth $100,000 to the winner.