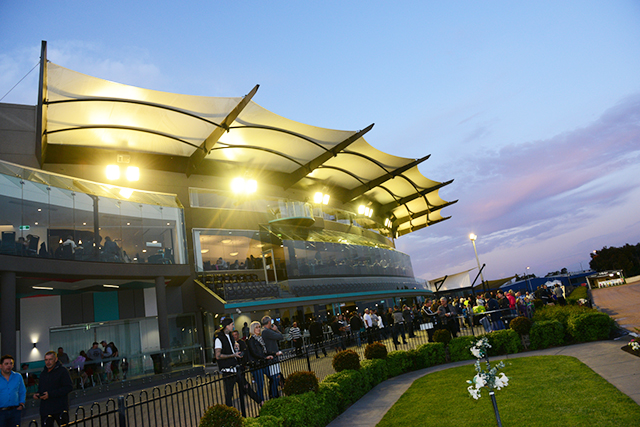 
The feature racing spotlight is firmly set on Sandown Park this month but Saturday night The Meadows conducts a solid 12 race program from 7.13pm.

I thought Mepunga Joffa would be extremely hard to beat in the first race of the night despite the slight rise in class. After a smart maiden win at Sandown two runs ago in 29.61 (Replay) and a luckless performance last outing, he looks set to fire once again with a noted wide runner drawn his outside.

Emily Jane caught my eye in her last start placing behind Tollbar (Replay) and with the aid of the inside draw she should be right there at the finish. I do have a slight concern that she’s facing a tougher assignment this week but given she handles the rails draw well, she should be right in the firing line.

Race six on the program at 8.57pm carries over $17,000 in stakes with the grade five sprinters clashing in a final over the 525m. I believe the speed of Banjo Bewdy and Captivating, with the strength of Polijuice Potion should have this trio battling for supremacy up the home straight.

The second of the fifth grade finals carries an extra $2,000 GOBIS bonus and comes up as the eighth event of the night. The race appears a tricky one on paper with many genuine chances but I’ve settled on Schooner Doll after she showed terrific early speed in her 30.09 heat win from a similar draw (Replay).

With the last set to bounce at 11.05pm it’s good luck and happy punting for a smart card of racing at The Meadows.

Watch: Emily Jane (4) runs an encouraging second at The Meadows on Monday night.