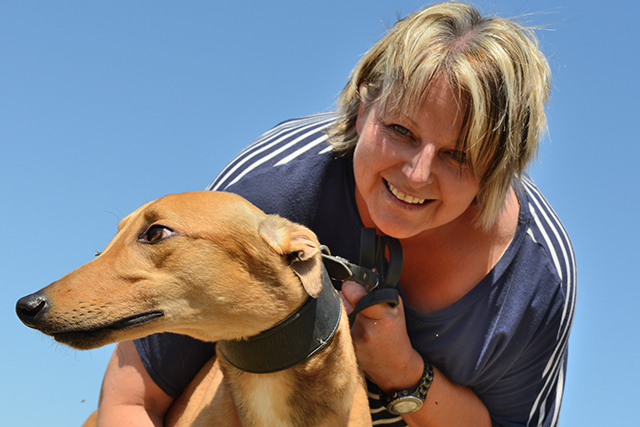 Inside Word from the Topgun Trainers


Can anyone beat Fernando Bale or is the Topgun Sprint a forgone conclusion? Here is the inside word from the trainers of all the contenders…

1. FERNANDO BALE (Tom Dailly)
“He’s a true professional and he just does the right thing most times. He has got blinding pace. He hits the front and he just keeps going. He chases like a demon. If he runs like he did in his trial last Saturday when he went 4.94sec to the first section and 29.47sec overall, there isn’t a dog in Australia who could run him down.”

Roll up and see the greatest greyhound of all time

2. KAYDA SHAE (Kelly Bravo, pictured)
“He’s going super, as he showed last Saturday when he trialled 29.56sec at The Meadows, but in saying that Fernando Bale trialled 29.47sec on the same night. I can’t complain about box two, and while he is not brilliant out of a box he has excellent mid-race speed and his run home times are excellent when he is out in front.”

3. LAMIA BALE (Steve Collins)
“She likes box three because she races about three metres off the fence so it suits her line of running. I scratched her last start because she had a minor toe injury, but she trialled brilliantly at Geelong on Monday so she is back to her best and she seems to find a couple of lengths whenever she is racing against the best.”

4. FANTASTIC SPIRAL (Jason Fletcher)
“He has never raced at The Meadows but I’ve trialled him there twice before which will hold him in good stead. While his best trial here was only 29.92sec he isn’t usually a very fast trial dog as he saves his best for race day. He does his best work over the first 400m, so I’m relying on him showing his early speed, settling behind Fernando Bale and hanging on for second place.”

5. BESSY BOO (Christine Proctor)
“He is a one-in-a-million greyhound and is the best dog I have ever seen in 45 years in the sport in terms of coming from hopeless positions to win. The problem is that Fernando Bale is a one-in-a-trillion dog, so realistically I’ll be rapt if Bessy Boo can run a place. He has had in excess of 90 starts and is racing as well as ever at Wentworth Park, but he has only raced at The Meadows once before, and that was over 600m.”

6. BRAD HILL BILLY (Raymond Smith)
“Brad Hill Billy is similar to (fellow NSW greyhound) Bessy Boo in that his strength is his greatest asset. He flew home to win a race at The Gardens once and the race caller said it was the biggest run he had ever seen from a greyhound. He will need a lot of luck tonight, but if he can somehow get some clear galloping after the first turn he could really show what he’s capable of.”

7. KEYBOW (Tony Brett)
“This will be Keybow’s final race. He has had a light preparation because he goes very well when he’s freshened up. He has raced at The Meadows 10 times before so he knows the track inside out and it wouldn’t surprise me one bit if he finished his career on a high by winning the Topgun. Just taking part in this race will be a fitting end to a great career.”

8. DYNA DOUBLE ONE (Tom Dailly)
“He loves the pink box so he is drawn exactly where he wants to be and he has won nine from 13 at The Meadows so he loves the track. It will be a question of whether he can get himself into the race early. He is capable of running the hands off the clock. In fact, when things go his way, he is every bit as fast as Fernando Bale.”

FINDING A WINNER ON TOPGUN NIGHT

Watch: Topgun Preview including a rare insight into Fernando Bale.
< Previous
Next >