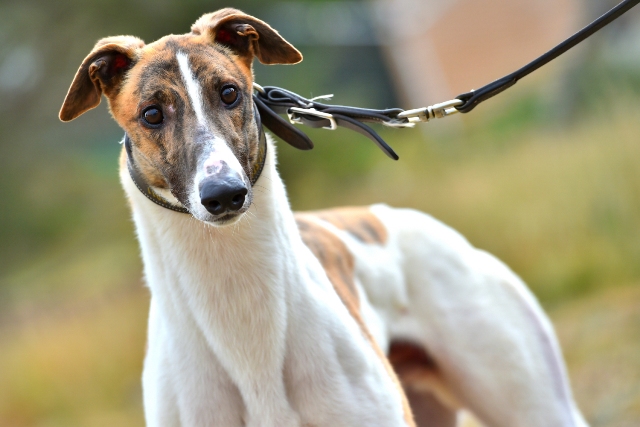 Finding a winner on Topgun Night


A classy field of stayers clash in the opening race of the night and I’m confidently tipping Luna Jinx as the best bet of the night as she drops in class after a sensational 42.27 win (Replay) a week ago. If she can repeat a performance anywhere near her last run she will be dominating this assignment.

We finally see the inaugural running of the Stayers Topgun with two Sydneysiders and six Victorians clashing over the 725 metres searching for a share in $118,000 in stakes.

The golden girl of staying racing Sweet It Is looks set to increase her imposing prize money tally as she exits box three in the Group 2 feature. Lady Toy has been a model of consistency over the past 12 months and most will be expecting a solid run from her, whilst I think some of the other Victorians including Dzeko and Shanlyn Lucy will be looking to spoil the party in the first Topgun for stayers.
My Topgun Stayers selections are 3 1 5 7.

Now we arrive at the Group 1 Topgun Sprint and Australia’s best greyhound and the best greyhound I’ve ever seen lines up from box number one in the invitation event. Of course I speak of the mighty Fernando Bale (pictured). With a fixed odds price of $1.20 it’s near impossible to win a dollar on Fernando Bale so I think it’s best to play the exotics.

Kayda Shae appears perfectly drawn to rail up behind the flying Fernando Bale and if he can lob the trailing position, I think he will run second. Dyna Double One has drawn out in box eight and I’m expecting this star chaser to handle the outside alley well and he has a superb record at The Meadows over the 525m (won nine from 13). Lamia Bale looks the next best in what appears a Victorian dominated Topgun. My selections in the Topgun Sprint are 1, 2, 8, 3.

The best of my selections in the Hume Cup heats comes up in the ninth race of the night (heat five) with Zipping Meg, who has quite simply been airborne at Sandown Park of late (Replay) and if she can bring that form to The Meadows she will be awfully hard to defeat.

Secret Spell has drawn perfectly in the tenth from alley two and after an impressive third placing in a FFA at Sandown Park and she also looks set to salute (Replay).

The racing is set to wind up at 11.07pm and a lot of eyes will be firmly watching the blue rug in the lucky last. Fantastic Dotty backs up after an extremely unlucky Melbourne debut last weekend (Replay). The Sydneysider comes to the big smoke with some gigantic wraps and punters will be expecting her to claim victory in the last on Topgun night.
THE MEADOWS FORMGUIDE