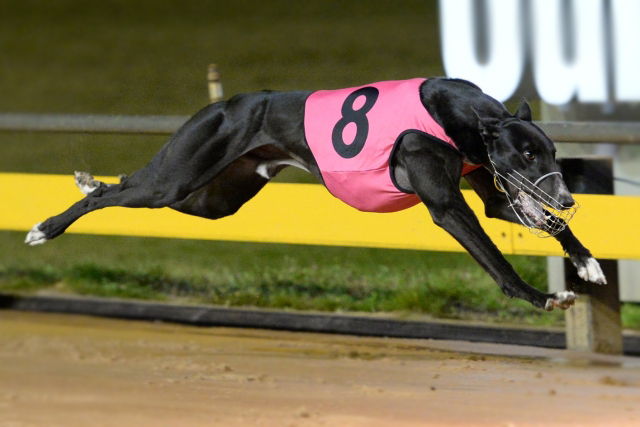 “If there’s one thing I’ve learnt in all my years in greyhound racing it’s that the hardest thing is making the big races…once you’re in there anything can happen.”

A former Victorian, Keybow has been one of the most consistent greyhounds at the elite level in recent years, having amassed 27 wins, 16 placings and $581,000 in prize money from 57 starts.

“If I was to describe him in one word it would be professional. And while everyone is expecting Fernando Bale to win, the reality is that he has been beaten seven times before, and who knows, the Topgun might be his eighth defeat,” Brett said.

“The Topgun is an invitational race and it’s an honour just to be involved. There is no higher accolade for a greyhound than to be selected for this race” – TONY BRETT

Saturday won’t be the first time Brett has retired one of his greyhounds in a Topgun, as the 2013 version of the race was the last time his champion greyhound Glen Gallon raced.

“Glen Gallon ran fifth in the Topgun a couple of years ago and even though he didn’t win the race I think it was a great way for him to end his career. The Topgun is an invitational race and it’s an honour just to be involved. There is no higher accolade for a greyhound than to be selected for this race,” he said.

Keybow is joined by NSW trio Fantastic Spiral, Bessy Boo and Brad Hill Billy in the battle to take the Topgun trophy outside Victoria, just as Tasmania’s Buckle Up Wes did last year.

While Fantastic Spiral will be relying on his brilliant early pace to put him in a forward position early, the like of Bessy Boo and Brad Hill Billy both possess outstanding track sense and the ability to power over the top of their opposition.