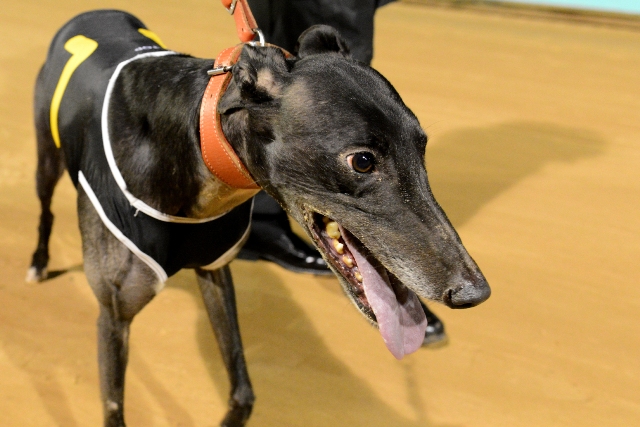 
Racing returns to The Meadows on Saturday night for what looks a ‘sweet’ night of racing. The feature for the night is the state final of the National Distance series and we look set to witness another superb clash.

Racing commences a little later then the norm with the first set to bounce at 7.21pm and I’m keen on the each way chances of Cousin Cosmo who looks a sneaky chance. His last few placings at Bendigo have been encouraging (Replay) and he looks set to run a cracking race on Saturday night.

My best bet on the program comes up in the third of the night with the well drawn Spring Gambo. Set to sport the black and white rug, the Andrea Dailly trained sprinter has been mixing it in classy races and I feel from the inside draw he should punch up into the action in the early part. If he can track and follow Zelemar Zest early, then I think he is clearly the best bet for the program.

With plenty of finals we look set for a visual treat. The fourth on the program is a grade five final in which the in form Greysynd Emma will be extremely hard to catch from the rails alley. The fifth on the card is the Bendigo to The Meadows final and Belena Jake produced a tremendous performance despite being defeated in his respective heat (Replay). This promising sprinter should show a terrific turn of foot and therefore could be very hard to hold out.

The Victorian National Distance final looks a cracking race on paper. The wonderful Sweet It Is (pictured) showed uncharacteristic early pace in her incredible 42.27 heat win last Saturday night (Replay). She’s quite simply too good for her rivals but there’s no doubt her race pattern is the one thing that could bring her unstuck. With the likes of Lady Toy, Love Affair and more, she won’t be wanting to get too far back in the initial stages.

Hercules Bale set a speedy tempo when placed on Wednesday here and he just needs to repeat that performance to end up in the money on Saturday night (Replay). Drawn with speed on his inside and a wide runner on his outside, he looks set to receive a tasty run throughout.

That wraps up the preview of the exciting night of greyhound racing ahead at The Meadows this Saturday. Good luck and happy punting!
.
The Meadows Formguide: Click Here