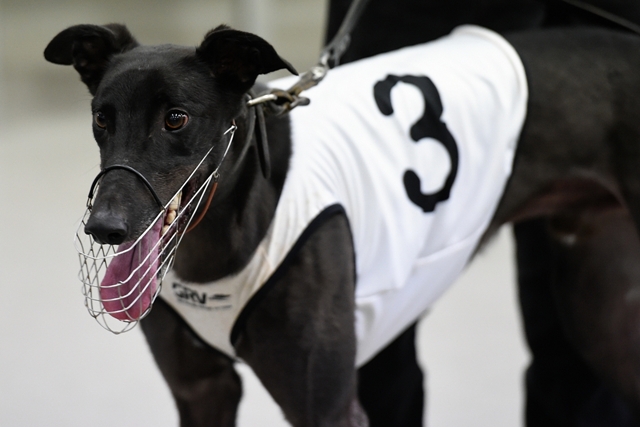 The Meadows Preview: Sisco all the Rage in start 100


Racing returns to the scene of the Group 1 Maturity from last week with another 12 race program at The Meadows this Saturday night.

It’s always great to see some staying racing on the program and this meeting is jam-packed with Victoria’s best at the long distance caper.

The two Victorian National Distance heats highlight a tremendous night of chasing with a handicap over the 725m set to kick the night’s racing off at 7.13pm.

The extremely consistent Sisco Rage (pictured) drops in class but does step up to the 725m in the opening race of the night and 100th race of his decorated career (23 wins). He appears set to charge away with a massive mid race break based on his brilliant 25.23 Ballarat win (Replay) two starts ago. I expect Sisco Rage to control the race with the likes Tribal Faith and the bottom four to be challenging late. If successful tonight, Sisco Rage will take his prize money earnings beyond $200,000.

The pacy Aston Gatum draws a winnable race from a suitable box in the third race. The Darren Fisher trained speedster looks set to lead and dominate his assignment based on his supremely impressive 30.19 win here last Wednesday (Replay).

The first of the two heats of the Victorian National Distance series takes off at 8.40pm. The golden girl of staying racing Sweet It Is has drawn the seven with her two main dangers drawn one (Shanlyn Lucy) and five (Dzeko).

The second and final heat for the stayers comes up as the seventh on the program and we see the return of the super Space Star. Resuming from a long break after going amiss when in control of the Group 1 Sandown Cup in May (Replay), the star stayer will be looking to reassert himself as the nation’s number one stayer over the next few weeks. It’ll be no easy assignment first up against inform stayers including Lady Toy, Love Affair and Zipping Maggie, just to name a few.

Between the two heats of the Victorian National Distance we see the running of the ATC Insurance grade five final over the 525m. I think Amaro Bale has drawn perfectly and he should be a genuine chance of filling a place, with the rails draw assisting.

Later on in the program I like the chances of Ernest Bale, who has drawn box two in race eight. I expect he will be a little slowly away and then with the aid of the red running wide in front of him, he should gain a superb run into the race heading down the back. If the stroke of luck falls his way as it looks it will on paper, the young rising sprinter could fit right into metro FFA class at his first attempt.

There will be a stack of interest around Blazin’ Bomber in race ten. Despite drawing poorly once again, this exciting young pup could turn out an absolute star of the game, especially over a shade more ground. His strength was clearly visible in his unlucky second at Sandown Park last outing (Replay).

That’s another preview wrapped up for metro racing at The Meadows this Saturday night.
.
The Meadows Saturday Formguide: Click Here

Watch: Blazin’ Bomber (6) comes from last to run second in the first defeat of his seven start career.
< Previous
Next >