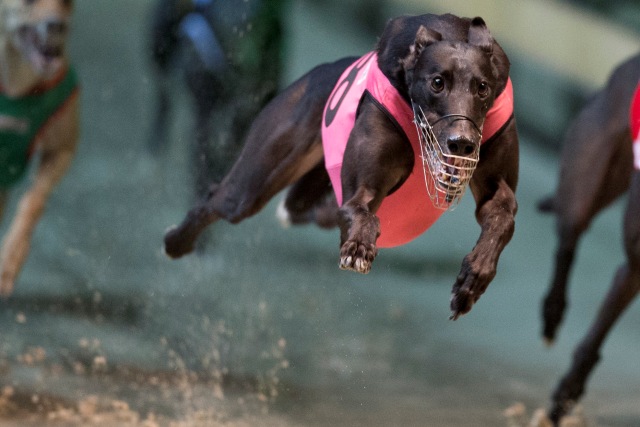 
Robert Britton concedes fitness – or lack of it – is a major concern for his champion stayer Space Star ahead of Saturday night’s Victorian heats of the National Distance Championship at The Meadows.

Space Star dominated the staying ranks in the first half of the year, claiming three Group 1 victories in the Galaxy, Zoom Top and Association Cup; however he hasn’t raced since May 21 after tearing a monkey muscle as the $1.30 favourite in the Sandown Cup.

Space Star’s preparation for the National Distance series received a further setback recently when he came down with a virus, with master distance conditioner Robert Britton admitting time has been very much his enemy.

“To be honest I don’t really know whether he’s ready,” Britton said candidly.

“Injury-wise he’s fine but he is underdone. He hasn’t even had a 500. He’s only had two 400s and a 460.  I would have loved another two weeks but I can’t change that and I’d rather go in light than push him too hard.

“I was hoping to get him back for the Destini Fireball series at The Meadows  but then he copped a bug and needed a couple of weeks off.

“Fingers crossed he’s done enough. We’ll probably know on the home turn! But whatever he does on Saturday night if he can get through to next week I know he’s going to improve out of sight.

“With two heats he only has to run in the first four and I think he’s got a great chance of doing that. But it’s a little bit different over the distance because if they puncture badly they could end up missing the top four and he’s a front-running stayer as well so he’s working the whole way.”

A first-four finish on Saturday will ensure Space Star a berth in the National Grand Final, to be held at Wentworth Park on Saturday, August 22.

As the number one rated stayer in the Australian Greyhound Racing Association (AGRA) rankings, Space Star is in pole position to claim the wildcard berth, granted to the highest ranked greyhound to qualify for but not win its state final.

And with Space Star having started his career in NSW and boasting multiple feature victories at Wentworth Park Britton is understandably keen to back his bags for Sydney.

“That’s why we want to get him up there,” Britton said.

“If he can run in the first four on Saturday night he’ll have two 700s under his belt before Sydney and with another couple of weeks to get him ready he’ll be very close to spot on.”

Space Star, which holds The Meadows 725m record at 41.93sec, looks ideally drawn in box eight, from where he’s won four of five career starts, in the second of two Victorian National Distance heats, while reigning National Distance champion Sweet It Is is the testing material in the opening run-off.
.
The Meadows Saturday Formguide: Click Here


Watch: Sweet It Is (2) wins the Sandown Cup after Space Star (8) succumbed to a monkey muscle injury during the race.
< Previous
Next >